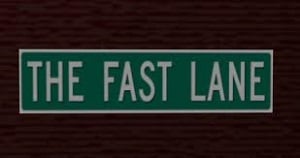 You probably remember learning to drive. Your Driver’s Ed teacher (or other responsible adult) would constantly monitor your speed and point out when you were going too fast. In your own mind, you could never go too fast! And for some of us, once we got that adult out of the car, we put our foot down to the floor. We never changed our thinking, and we have the speeding tickets to prove it!

It would be easy to think of AoIP networks in the same terms: if fast is good, faster is better — right?

Not necessarily. In fact, that thinking might cause you to overpay – a lot – for your studio infrastructure, with no discernible additional benefits, and even at the risk of compromising the reliability of your network.

In some ways, figuring out the differences between network infrastructures is like comparing new cars: everything looks shiny on the surface, but what’s under the hood is often vastly different. Here are some things to think about concerning bandwidth for your AoIP network.

1: A dedicated pipeline is better than a garden sprayer. 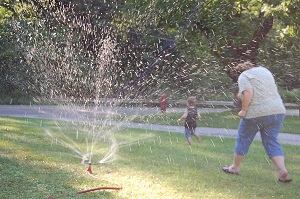 Some companies would like you to believe their network architecture is better because their streams are sprayed out to every device in your facility at the same time. They like to imply that, in other system architectures, fast just isn’t fast enough, and that for safety’s sake, all audio should go to all devices all the time. This is kind of like saying that your TV should display every channel your cable company provides, all at once, just so you don’t miss anything! Pretty silly, isn’t it? In fact, this model accomplishes not much more than just eating bandwidth.

Consider: any properly designed AoIP system will be deterministic. That’s a fancy way of saying that the maximum bandwidth used on every leg of the network is pre-determined — which means you can’t accidentally “max out”, or overrun the segment. For instance, an Axia network uses a combination of 100-Megabit and 1-Gigabit links.

The Gigabit segments are used where there’s great demand for large amounts of audio bandwidth, such as connections to mixing engines, with multiple streams of input and Program audio, talk back, mix-minuses and individual talent headphone feeds.

100 Megabit segments are used for everything else, like individual audio inputs and outputs, which are presented to devices which “break out” those audio channels for use in the analog or AES world, and have a set amount of audio I/O. Because we control all of the network links, it’s impossible to drop packets by trying to send (or receive) more than the link can support. As any good engineer will appreciate, Axia uses only the bandwidth needed: no more, no less.

2: Excess bandwidth is a budget-buster.

Using more bandwidth than needed isn’t just inelegant – it’s wasteful, and can also do major harm to your facilities budget. A system that relies on 1 Gigabit links for every network connection requires more expensive switches, with nothing but Gigabit. That’s a big bump up in cost right there. And it’s not just initial installation cost that’s affected: the cost rises every time you add cabling to install a new device, or add a network leg to a new studio, or expand your facility’s switching capacity with another switch.

Why? Gigabit links require CAT6 Ethernet cable, which is much more expensive per foot than CAT-5e used in 100 Megabit links. Gigabit also requires more extensive testing of the cabling, with respect to quality of terminations and overall installation (including bends and bundling techniques).

Now, some folks might tell you that you can “get away” with using CAT-5e for your Gigabit links. Be skeptical of this. Gigabit connections are more susceptible to error-causing RF interference than 100 Megabit, because the signals are faster. To mitigate this, CAT-6 cabling is required on all Gigabit links to reduce induced noise.

Also, the longer the run, the more cable attenuation of the signal, so even more susceptibility to errors at the far end. So, to keep a low error rate on long Ethernet connections, CAT-6 has more twists per inch than CAT-5e, and the most effective kind has separators inside the jacketing to physically separate wire pairs. Over short Gigabit connections with bursty data, CAT-5e works fine, but over long hauls with sustained data streams, the standard simply requires CAT-6. 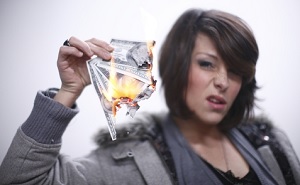 And CAT-6 is, simply, more expensive. At the time I’m writing this, my survey of well-known cabling suppliers shows that 1,000 feet of Belden Mediatwist 1874a CAT-6 plenum-rated cable is over three times more expensive than an equivalent amount of Belden Datatwist 350 1700a CAT-5e cable.

The point is, deploying large bandwidth where you need it is smart. Putting it everywhere, even in places where the majority of the bandwidth available is wasted — well, I’m sure you can think of better places to spend your budget.

3: The myth of “high capacity everywhere.”

Proponents of all-Gigabit plants like to say that putting Gig everywhere gives your network additional signal capacity. In theory, we guess that could be true; but in real life there is no additional capacity offered by having all Gig ports.

Let me say that again: more bandwidth in the network does not 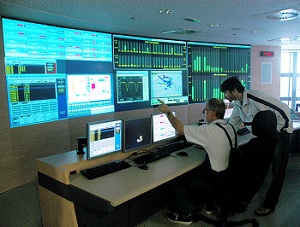 Any decent AoIP system will have no practical limit on the number of streams the system will support. For instance, Axia systems will grow to at least 10,000 streams, with a maximum of more than 32,000 streams possible. With over 5,000 consoles installed around the world, our clients have yet to come anywhere close to “maxing out” a system. And we’ve got some big systems installed for sure: folks like Radio Free Europe, Westwood One and Minnesota Public Radio, for instance — power users in anyone’s dictionary. The largest one has 56 mixing consoles installed, generating thousands of audio streams on a round-the-clock basis. No one, not even the largest, has hit the wall.

The truth is that network stream capacity has nothing to do with the speed of the network — it’s directly tied to the number of ports on the switch. And if you’re growing a large network, the additional cost of Gigabit on every single port will be costly indeed.

Like an unscrupulous car dealer, some AoIP companies will try to upsell you with the idea that paying extra for wider tires will somehow improve your mileage. But now that you know the truth, you can save money, time and complexity in every part of your system.

Hmmm… what will you do with the cash you save by buying only what you need?