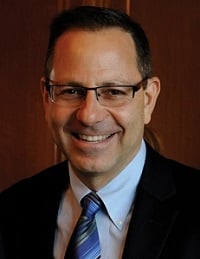 There’s a whole lot that goes into building AoIP studio gear. And there might be even more that goes into choosing the system that’s right for your studios!

One key decision you’re faced with almost immediately in your selection process is which design philosophy to align yourself with: Purpose-Built, or the Kitchen Sink.

On the face of it, the decision seems rather simple. After all, there are only two choices! But as you dig a bit, you’ll find it a bit more complex. Your choice affects the entire philosophy your network will be built on, and how your operators will work for the next 10 years (and maybe more). Will you choose a system comprised of devices built specifically for the task at hand (such as converting standard audio signals to IP data streams, performing automation tasks, performing “virtual mixing” of multiple audio sources), or will you buy devices that combine some or all of these functions into single devices?

Purpose-built devices are specifically engineered to do one or two things as perfectly as possible. Every part of the design is optimized to do its job, and do it well. You’ve probably noticed this optimization in tools as simple as, for instance, a screwdriver: a #0 Philips-head driver with a tool-steel shank and bit molded into an ergonomically-designed handle will nearly invariably do a much better job than, say, a pocket multi-tool that includes several mild-steel driver bits, plus a fish scaler a

The upshot is that devices with a lot of functions jammed together generally don’t perform any one of them particularly well. If they’re software based (and what isn’t, these days?), they can also lack stability. In an application where uptime is paramount, like your air studio, purpose-built devices with their functions honed to a keen point are simply more reliable. They usually cost less, too, as their designs are not encumbered by gimmickry that adds unnecessary cost. You pay only for what you need.

Purpose-built devices also work better in systems. Because they are designed with a single purpose in mind, the act of interfacing them is usually smoother, because their operating systems are less complicated, and front panels simpler and more focused. Simply put: a purpose-built system avoids those “gotcha!” moments.

“Everything plus the kitchen sink” products are usually a compromise, especially over the long haul. Sure, they do more than one thing — but there are limits; there have to be limits in order to keep costs low. Which usually means that something gets skimped on during the design process — audio performance, for example. Cheaper components with lower tolerances are often specified, leading to higher noise floors or audible artifacts. All of this results in a product that suffers because it can’t be focused on just one really effective purpose. Again, your Leatherman is a great tool – but you wouldn’t want to rack an entire TOC using one as a screwdriver! 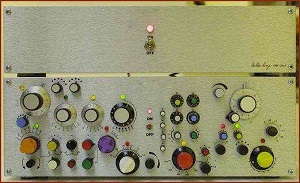 Kitchen Sink products often have overly complex front panels. Those expensive displays sure are purty, but they drive up costs quickly. So, capabilities you’d actually use (like deep-tech customization, or machine-control integration with other studio gear) get sacrificed on the altar of a light-show front panel that nobody sees but the dust bunnies when it’s mounted in the TOC rack. And anyway, all of that front-panel display monitoring is unnecessary in an audio network that’s monitored by intelligent purpose-built systems that watch over the entire network – not just a little piece of it.

You’ve probably realized by now that we prefer the Purpose-Built model (which, by the way, is the standard in the IT industry, where reliability and uptime are paramount). Our philosophy is that our clients should never be forced to pay for things they don’t need – especially when the resulting product is operationally more complex and confusing to use. But don’t just take our word for it; ask an Axia user!