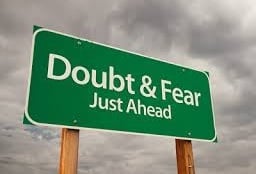 With more radio stations contemplating Audio-over-IP as an audio infrastructure, one statement made by certain equipment manufacturers goes something like this: “You know, if you buy that gear, a PC is required to run your AoIP network.”

In the sales trade (and let’s be honest, that’s what this is all about), this sort of statement falls under a special designation called “FUD” – Fear, Uncertainty and Doubt. Some folks make these sorts of statements in order to distract you from the fact that their systems have nothing better to offer than their competitors, by implying that there’s a horrible fault in their competitor’s gear. In this case, the implication is that a PC attached to the system somehow makes it unreliable for broadcast.

The question at hand: PC Required for AoIP? Not hardly.

This is a scare tactic, plain and simple. And if they try to get you to buy this, they’ve probably got some beachfront property in New Mexico to sell you, too.

The answer, by the way is: NO, a PC is not required to make your AoIP system work. Especially not an Axia system.

For those of you who want to dig a bit deeper – after all, there’s a lot of information past the pat answer to most problems – the answer is still “no.”

The follow-up question you can ask is: “What capabilities do I gain with software tools that run alongside my AoIP network?” I’m going to give you some answers to this question that may surprise you!

(Bear in mind that these answers are Axia-specific; if you have gear from one of the companies that entered the AoIP console space after Axia, check with your vendor answers specific to your system.)

Tools made possible in software 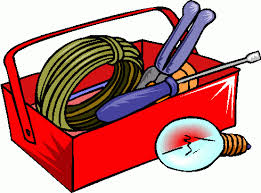 Axia has a number of software tools that run on standard PCs that add value and flexibility to your AoIP network. None of them are required to run the network, of course, but some offer some distinct advantages in keeping your audio sources and tools in the digital domain.

Chances are, unless you’re stuck in a time warp re-living 1973, you’re already running a PC-based digital playout system. So you can easily add an Axia IP-Audio Driver to it — a small but sophisticated piece of software that replaces expensive soundcards with up to 24 channels of stereo audio that stay digital all the way from your playout computer to the STL (and maybe to the transmitter, too!).

Squared-away engineers want to know the status of their systems. Running around the studio checking each individual device isn’t an option; neither is waiting for the jocks to text you when something’s amiss.

With Axia, a powerful software program called iProbe that you can run from your office PC, laptop or even a tablet attached to your Axia network auto-documents your entire network and delivers instant information on the health of every device in the network. In addition to status, it will notify you of firmware updates and facilitate remote installation of those updates. You can even back up and restore individual device configurations remotely – an information junkie’s dream if there ever was one.

Again, the ideal way to find out that audio has stopped flowing somewhere is not via a frantic phone call from the PD. Software tools allow you to set up silence-sensing on critical audio paths, with macros that take action on your behalf and notify you via SMS or email.

Axia’s PathfinderPC routing automation program allows you to do just that, along with many other cool things. You can use a Boolean logic editor to enable sophisticated routing changes patch around the problem instantly — and you can even define exactly what “silence” is, based on signal level and length of time. Any audio stream can be monitored in this way, and automatic corrective action taken before you’ve even got your car keys out of your pocket.

Routing automation? Yes. Pathfinder also allows route changes by time-of-day; great for automating audio downlink selection based on dayparts. Almost every function in your Axia network can be controlled in this way. (We have one client who uses Pathfinder to close a relay that starts the coffee machine just prior to morning drive… we’re sure you can think of some unique uses for it, too!).

One day, everything will be networked, but right now stations typically have a good amount of legacy gear that’s controlled by serial command data. Older plant routers, for instance, often used RS-485 control protocol to initiate changes. Pathfinder software can receive and understand these serial commands, and provide a bridge that allows these older systems to interact with their new, networked cousins.

How cool would it be to have context-sensitive, custom routing-control panels that run on the studio PC and let your jocks initiate pre-programmed, automated routing switches with the click of a mouse?

Axia systems can do this. Again using Pathfinder software, you can create nested routines of commands and display them on the local screens in any studio or office in your facility. Imagine one mouse click that switches the satellite feed to your airchain, changes the audio processing to match it, sends mixing control to another studio, and also transfers incoming phone lines to that studio — with just one mouse click. Sweet, eh? Yes, you can do that – and whatever other cool stuff you think up.

A few years back, our brothers at Telos created a cool computer logging program called ProFiler, that’s in use at thousands of radio stations. Axia’s version, iProfiler, is even better — you can log up to 24 channels of stereo audio from the network, at any bit rate you choose. This can be continuous logging for re-broadcast, or telescoped logging for jock review, or even competitive logging to help your programmers one-up the competition. And the logged audio can then be streamed to remote locations, so you can literally monitor audio anywhere on the system — and stream it to your smartphone. 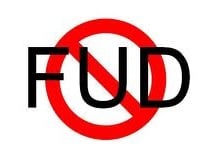 To sum it all up, Axia networks don’t need a PC to run; never have, never will. But having PC tools that work with and enhance your AoIP network is a real plus because it allows you control over your plant in ways never before possible. And isn’t that what an audio network is all about?

So, should the FUD monster come calling on you, be sure tell it you already know it’s got no power. And then ask: What kind of software tools are in your toolbox? The answer could be very enlightening.