Deja Vu All Over Again: Paralleling Streaming with the Growth of FM 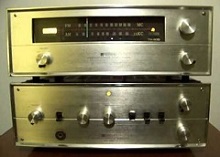 As someone who was involved in the programming and management of FM radio stations as early as the late 1960s, I can tell you that history is repeating itself right now… Almost precisely to the event.

Back in those days, AM radio ruled the roost. There were few FM portable radios and even fewer car FM radios. Just about the only way that you could listen to FM was in your den or bedroom with a unit that you did not carry around room to room… Sort of like listening to streams on a desktop computer.

After a while, portable FM radios started to emerge on a more widespread and lower cost basis. During this period, FM stations throughout the country began to show some signs of life in terms of listenership. Sort of like what is happening now with streams on a smartphone or tablet.

But what really put FM over the top was automobile connectivity. Since the vast majority of radio listening in most markets was -- and is still -- done in morning and afternoon drive times when one was stuck in a

time-consuming commute or on a weekend joy ride or shopping trip, FM just couldn't tap into these periods successfully until FM car radios became more ubiquitous. Once that happened, look out.

So, I am here to say one thing to any terrestrial broadcaster reading this:

Every single automobile company is now offering some kind of connected dashboard. According to J.D. Power and Associates, almost 40% of those buying new vehicles this year cite integrated internet connectivity as a main reason for their purchase. And the percentage goes way up if you only count those under 50 years of age.

Forecast data from BIA/Kelsey projects that by 2018 nearly 25% of a typical terrestrial radio station's annual advertising revenue will be generated from online listening. And that is a conservative projection.

Stream upgrade expense? Not an excuse.

The Telos Alliance has a complete selection of Z/IP 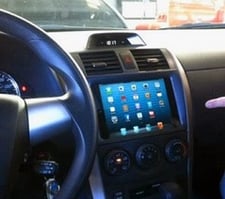 The last time there was a sea change like this, the bright operators embraced the new technology, engineered it seriously, established a beachhead and locked in listener loyalty which lasted for years.

Does any of this sound familiar?

It certainly does to me.