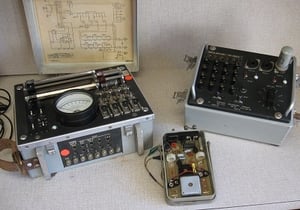 As an electronics geek coming of age in the 1970s, my need for components and other gear often outstripped my meager budget. Between construction projects in Popular Electronics and restoration of surplus grab gear, the revenue from the allowance and part-time job wasn't enough.

Fortunately, help was at hand. With the rapid obsolescence of equipment and a thriving economy, it was often simpler for both consumers and companies to replace than repair. Picking up discarded TVs and stereos during the town's annual spring cleanup yielded a wealth of components. Occasionally, colleges got overwhelmed with components from surplus grabs and would pass some along to deserving high school students.

One of the coolest sources of stuff though, was the phone company's trash. For this Found in the Attic, we'll put on our grubbiest clothes, grab a flashlight, set the Wayback Machine to 1972, and go dumpster diving at Ma Bell's. Pictured are three items that came from some late night visits. On the right is a Western Electric J94725A L4 test set for mercury relays. In the center is a 114A test set, while a 35F test set is on the right.

The 114A was probably the most useful of the three. It was a linesman's 1 Khz tone oscillator which put out a distinct blip every second. It originally used two special Western Electric 12-volt batteries wired as a bipolar supply. These batteries were made of unobtainium, and conventional 9-volt devices were substituted. It was in the tool box for several years, and proved both indestructible and useful for tracing audio lines during contract engineering work.

Operation of the mercury relay test set was figured out by trial and error. Mercury wetted relays were common in telephone exchanges. They were used as high-current switches or contactors. These relays were a bit expensive for hobbyists to purchase, but free ones turned up in college surplus.

The 35F current test set was never used, but it makes a nice display piece, and they are often found for sale on eBay. 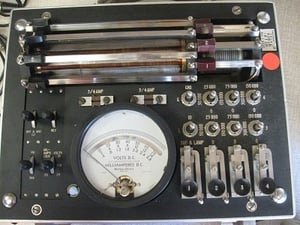 First off, these three items don't represent a typical evening's haul from a dumpster dive through the phone company's trash. Usually though, you could get as much quad cable as you could carry, along with heavy-gauge ground wire. Phone parts, both new and used were common, and over time, you could accumulate enough parts to assemble complete telephones. Tools, service manuals and components could also be found most nights. Rarely, when the exchange equipment was updated, there were racks full of stepping relays and related components. The quality of Western Electric components and equipment was about as good as it gets. Dumpster diving at Ma Bell was a bit like going to a thrift store, some nights you hit the jackpot, others you just got some wire and phone parts. Friday nights and weekends seemed to be the best however.

In addition to various electronics hobbyists, the dumpsters behind Ma Bell were also frequented by phone phreaks, the hackers of the 1960s and 70s, who used the found parts and information to build Blue Boxes and Black Boxes. Blue boxes generated the in-band tones that controlled switching in long-distance dialing systems. These tones used were different than the ones on conventional telephone touch pads. They enabled phreaks to place free long-distance calls. Black boxes allowed users to receive calls that were free to the caller. There was a perverse pride among some phreaks in building these boxes entirely from parts that the phone company discarded. Not as sophisticated as Blue or Black Boxes but highly sought after were discarded linesman's phones. These had special alligator clips with a tooth that could pierce the rubber insulation of outdoor phone cables. With a refurbished linesman's phone, hackers could make free long-distance calls from basements, utility closets, telephone poles, or any place where phone cables were present. Famous phone phreaks include Steve Jobs and Steve Wozniak, the founders of Apple Computer.

All of this activity took place long before the breakup of AT&T. At the time, this monopoly was largely a closed society. The local phone company knew about phone phreaks, and 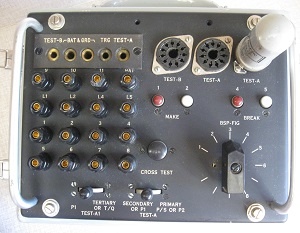 could be highly suspicious of anyone who was dumpster diving, hence the advisability of late-night visits. At some locations, the worst that could happen was someone would come out and politely remind you to put everything you didn't want back in the dumpster and not make a mess. At other locations, divers were confronted and threatened with arrest for trespassing if they returned.

Dumpster divers were always impressed with the quality and quantity of stuff the phone company threw out, but also wondered why so much brand new parts and equipment got tossed. One story was that it had a lot to do with the rules for the installers who drove those Bell System trucks. Allegedly, they were required to inventory the contents of the truck every Friday, which involved filling out a long form, and these inventory forms were sometimes subject to auditing by a supervisor. It was a lot quicker to just empty the contents of a truck into the dumpster and put zeros in all the columns on the form, and then head out for the weekend.

Also in the attic, but not easily located, are service manuals for telephones, bags of Western Electric precision resistors and line amplifiers. And that doesn't include the countless parts that were used to repair test equipment, vintage radios and to build numerous electronic devices. Thanks, Ma Bell!