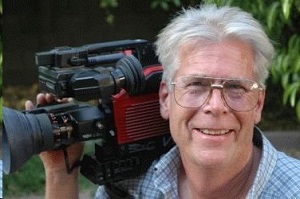 Talk to Ed Sharpe for a while and you quickly discover a man with a wide-ranging background in broadcast and media. This extensive experience – along with a keen interest in preserving broadcast history – makes Ed a perfect fit for his current role as Archivist at the Southwest Museum of Engineering, Communications and Computation in Glendale, Arizona.

Ed’s enthusiasm for all things media began at an early age, but his primary interest was the technology behind it all. Like many kids who take an interest in electronics, a young Ed would find parts to tinker with anyway he could. “I’d pester the telephone man for insulated tape and scrap wire… I’d pester friends and neighbors for old equipment, parts and journals to learn about engineering and tinker with things.” Ed even admits to raiding a trash can or two for materials in attempts to build his creations – and to a few accidents his parents never found out about.

But all the tinkering paid off. In Junior High the school Principal noticed Ed building radios and repairing TVs and put him in charge of maintaining the school’s AV equipment. Around the same time, he and some friends put together their own pirate radio station, complete with transmitter and mixing console. From there, things took off, his career in broadcast engineering, digital technology and television photography now spanning over four decades.

Starting out as a broadcast engineer in the 1960s, Ed has seen a number of changes through the years. “There was a lot of tape – no automation. Engineers were at the transmitter site 24/7. Now things are mostly automated and remotely controlled.” But he doesn’t bemoan the changes, referring to the advent of digital technologies as “the dawn of a new era in broadcasting.” 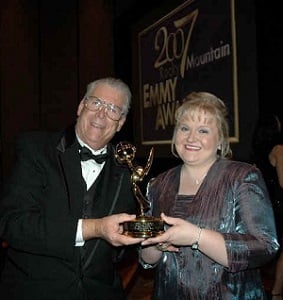 Instead, Ed has embraced new technologies, and has branched into other areas of the media world over the years. A reporter and Emmy Award-winning photojournalist as well, Ed started local Internet news and video site the Glendale Daily Planet in 2004, accompanied by KKAT-IPTV, Glendale's own Internet TV station, run by volunteers who maintain the equipment and write, direct and produce all programming.

Ed’s responsibilities as Archivist at SMECC keep him pretty busy as well. And while the transition from broadcast engineer and photojournalist may seem like quite a switch to some, for Ed it was a natural fit. In describing why he made the transition, Ed replies “Because I’ve always been [a historian]. I’ve always collected stuff and valued the history of how something was made and how it evolved.”

To Ed, having that background is essential…. and clearly, he has it.