Radio for Defense: Down the Rabbit Hole with White Alice 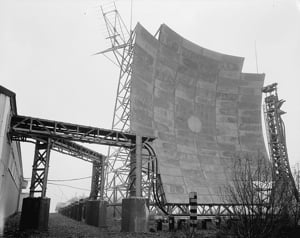 Back in the days of the Cold War, the world powers came up with some very interesting ways to monitor one another’s activities. Chief among these for North America was the DEW Line, a system of early-warning radar stations that stretched across Canada’s Arctic Circle territories, through Alaska and into the Aleutians as well as Greenland and Iceland. It operated into the 1990s prior to shutdown (although some of the DEW Line installations were converted for use with the modern North Warning System operated by NORAD).

But not without the help of White Alice. 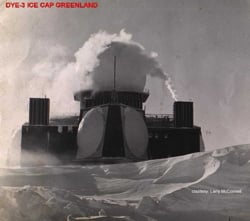 Since the DEW Line stations were located in physically remote areas unreachable by conventional telecoms, a system of microwave relay stations that employed tropospheric scatter were constructed to keep communications open between home base and the operators in their frozen bunkers. These stations became known as WACS – the White Alice Communications System, and their installations were marked by 60-foot “billboard” antennas with parabolas to bounce microwave links off of low atmosphere and back down to receivers thousands of miles away. Not only used by the military, White Alice was used to improve telecommunications in inaccessible areas as well, carrying telco traffic and even some commercial radio signals.

Many broadcast engineers served at White Alice stations during their careers. One of those was Larry Lamoray, familiar to US broadcasters from his years with radio brands such as MCI, ITC and ENCO Systems. 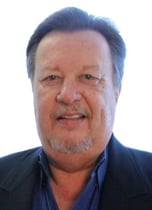 “I was a Radician on the DEW Line back in the early 70’s, stationed at DYE-3 on the Greenland Ice Cap,” remembers Larry. “We did have Tropo Scatter / White Alice and I did some small amount of work on it… most of the Europe / North America military communications came through us, including some commercial. One of our guys broke down the K- and L-band carriers with a Heathkit oscillator and we tied into the Associated Press (AP) and United Press International (UPI) news feeds, then routed them to teletype machines. Illegal as hell, and we risked our top secret clearances just for the world news. We got the news first!”

An interesting detail is that personnel maintaining these systems were not generally members of the Armed Forces. "I was not in the military during my time on the DEW Line," says Larry; "In fact, none of us were. The Air Force regarded such duty as too hazardous for their personnel, so we were all very well paid civilians and ex-military."

The White Alice system has mostly been forgotten and large parts of it demolished, but some bits still exist, as urban explorers have documented in places around the ‘Net. There are several fascinating sites documenting WACS operations; if you’re interested in finding out more, check out The White Alice Communications System and Kodiak Alaska Military History for information.