No Problem in Houston: Replacing STLs with xNodes 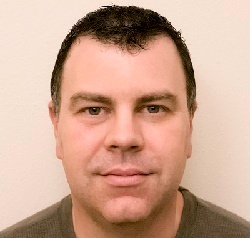 In late 2015, I was examining the expiring contracts for many of our legacy telco services. As I did, it quickly became apparent that we could do much better, both in terms of cost savings and quality.

CBS Radio Houston has a somewhat unique situation, in that all four of our FMs are co-located at two transmitter sites. The main site for the FMs is the Senior Road Tower, and our aux is an American Tower site nearby. In the past, both sites were linked to the studios via digital 950 MHz STLs and multiple T1s, with the 950 MHz links serving as mains and the T1 links serving as backup.  As you might expect, data for things like telemetry and HD Radio rode on timeslots in our T1 frames that weren’t being used for audio transport.

Everything worked OK, but it wasn’t optimal. For one thing, the T1 transport system utilized an audio compression/data reduction scheme, and while it sounded OK, it didn’t sound as good as linear. Slow data transport was another concern.  Downloading a 700-megabyte file to upgrade firmware on a transmitter doesn’t sound time intensive when we’re used to 50 Mbps+ internet connections everywhere, but it crawls when you’re downloading it on two timeslots of a T1.

We started pricing EPL or Ethernet Private Line service as an alternative to our T1s, and found this is an area where you really need to do your homework. Here in Houston, pricing varied wildly, with the lowest cost provider offering 10 Mbps circuits for under $500 each before taxes and fees, and with the highest cost provider charging more than 4X that. Eventually, we settled on Comcast Business and ordered two 10 Mbps EPLs for the main and aux sites. The monthly recurring cost for us is about half of what we were paying for two T1s into each site. We dedicated one EPL to data transport and the other to audio transport using Telos Alliance AES xNodes. Since the xNodes transport 48 kbps 24-bit stereo audio, each channel requires 2.304 Mbps of bandwidth, and all four together require 9.216 Mbps, which fits comfortably inside our 10 Mbps of bandwidth per circuit.

“Given what the legacy systems they replaced cost, it’s hard to believe an inexpensive pair of xNodes could become the STL of choice for four FMs in market #6, but that is exactly what has happened.”

Configuring the xNodes was a snap. All it took is changing the clock mode to STL/snake, then assigning channel numbers. T 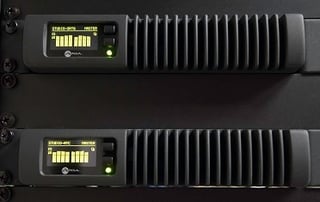 hen, we just plugged them in to their respective ends of the EPL circuit and applied audio. That was in mid-August, and they have been rock solid ever since.

One pleasant surprise came after deployment. We conducted some A/B listening tests, putting the Telos Alliance delivered audio up against our digital 950 MHz STLs. Though the 950 MHz STLs are uncompressed and operate at 44.1 kbps, the audio being delivered via the xNodes had noticeably better definition, particularly on songs with a lot of bass. Everything just seemed cleaner and sharper overall, so we reversed the roles of the RF and “wired” STL systems, and the EPL-connected Telos Alliance xNodes are now our primary STL for both sites.

Given what the legacy systems they replaced cost, it’s hard to believe an inexpensive pair of xNodes could become the STL of choice for four FMs in market #6, but that is exactly what has happened.