KHowl is small-market radio with a big-market sound 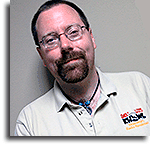 The radio bug bit Wolf Korgyn early in life, and he has been infected ever since. "The first time that I visited a radio station, I was about seven years old," recalls Korgyn. "Right away, I knew I wanted to own and operate one." Many years later, he started an LPFM operation, and that's when he discovered Omnia audio processors. "We were running an Omnia-3FM Turbo, and it was like liquid gold. With the FM3 and 100 watts, we sounded way better than the larger group-owned stations in the market."

For Korgyn, the dream of owning a station became a reality about a year and a half ago, when his partnership, Wolfpack Media LLC, purchased an FM in Lone Wolf, Oklahoma at an FCC auction. Lone Wolf (population 435) is located in the southwest portion of the state. Soon, KHWL ('K-Howl') was launched. There was just one problem. Korgyn and his partners live 1,000 miles away in Jackson, Wisconsin. "None of us wanted to give up our day jobs until the station got established," recalls Korgyn. While there is a skeleton studio and management staff at the Oklahoma office to fulfill FCC requirements, for now all programming originates in Wisconsin. Korgyn built a small home studio with an Axia DESQ console, Telos HX1 hybrid, three DBX-286 mic processors and three RE-320 microphones. An inexpensive PC program, Station Playlist, runs the station's automation. A Telos Z/IP ONE, connected to a dedicated 320 K DSL gets the signal from Wisconsin to Lone Wolf, where it goes from another Z/IP ONE into the Omnia ONE, and then to a data STL to the transmitter site on nearby King Mountain. There, Livewire plugs directly into the Nautel transmitter. Korgyn uses the de-emphasized analog out of the Omnia One to feed KHWL's webstream.

Korgyn, who is very particular about the station's audio quality, started out with Omnia ONE’s 'Rock 'n Roll' preset. "I figured I'd begin there and tweak it to perfection. But after playing with EQ and some of the other settings, I discovered the original preset had the best sound. I simply couldn't improve on it."

As Korgyn was planning the signal flow for the Oklahoma station, he ran into an interesting problem with EAS. "I love the sonic purity of Livewire, and didn't want to muck it up by converting in and out of analog or digital audio to work with an EAS box." Korgyn had asked around, and found there were no manufacturers who provide a Livewire path through an EAS encoder. 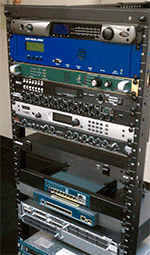 Working with Omnia tech support, he devised a solution. The EAS output was run into the analog input of his Omnia ONE. A relay circuit was devised which interfaced with the EAS encoder, and toggled the Omnia in and out of failover mode, effectively from the Livewire input for programming, to the analog input for EAS alerts, and then back to Livewire.

Korgyn adds there are about ten other stations serving the Lone Wolf market. Most have country or religious formats. Both in terms of format and sound quality, K-Howl stands out from the crowd. "Omnia One is simply the best audio processor in its price range," he adds.

If there is one word to describe Korgyn and his partners, that word would be passion. "All of us work in information technology by day, and every penny not spent on personal bills gets poured into the station. KHWL is our heart and soul, and we all give 110%. It is our goal to get most of the debt paid down this year, then hopefully next fall, we're all quitting our lucrative day jobs and moving to Altus, OK to live and breathe rock and roll radio in Southwest Oklahoma. This has been my life's dream since I was seven years old. I love radio and everything about it."