Saving Sounds from the Dumpster 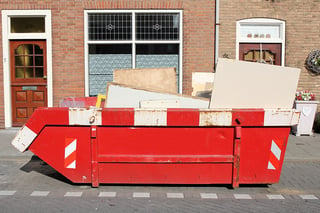 As the Twentieth Century is rapidly receding in the rear-view mirror, historians, archivists and collectors furiously gather artifacts and documents before they all disappear. Forgotten by many, but not all, are the soundscapes of the past; both technological and natural in origin.

If you've worked in radio long enough, you already know something about changing soundscapes. The clattering of a teletype machine in the newsroom, the sound of records and reel tapes being cued and the once per second chunk-chunk-chunk of the Western Union master clock as it counts down the time remaining till the next hourly newscast, are all gone but not forgotten.

The soundscape is also completely different around the home than it was, say 40 years ago. In the 1970s, the sound of manual typewriters, dialing rotary telephones, ticking clocks, and even Top 40 AM radio playing in the background were common. While these sounds and other types of audio have vanished from the domestic soundscape, they are not lost. As long as these devices exist, the sounds that they made can be retrieved.

Some sounds, however, are truly extinct, because the creatures or devices that made them no longer exist. The passenger pigeon, for example, became extinct in 1914. You can visit a natural history museum and see preserved specimens to see how they looked, but there are no recordings of what they sounded like.

Some sounds thought to be extinct are brought back from the dead. A World War I Beardmore aircraft engine, the only one of its kind remaining, was recently discovered in a barn. Restorers painstakingly brought it back to life. When it was started up, it was the first time a Beardmore 160 engine had been heard in 90 years. Doubtless there is no one alive who remembers hearing it the first time around.

Preserving audio and documenting soundscapes is part of the relatively new discipline of acoustic ecology. It began during the late '60s and early '70s with the World Soundscape Project (WSP). It was established at Simon Fraser University in Vancouver by professor R. Murray Schafer. He initially sought to raise awareness of the problem through a course he taught about noise pollution. The first publications of WSP were two booklets, The New Soundscape and The Book of Noise. 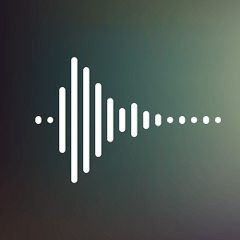 The WSP also attracted a dedicated group of composers and students who set out to do a detailed study of their immediate environment, published as The Vancouver Soundscape. The group went on in 1973 to crisscross Canada recording soundscapes across the nation. Their work formed the basis for the later CBC radio series Soundscapes of Canada. As awareness of soundscapes grew, the WSP began traveling abroad. Schafer led a larger group on a European tour that included workshops and lectures in several cities. In 1975, the group recorded detailed soundscapes of five villages in Sweden, Germany, Italy, France, and Scotland. The initial phase of the project concluded with The Tuning of the World, Schafer's soundscape text, and Barry Truax's Handbook for Acoustic Ecology.

The original 1973 Vancouver Soundscape recordings were reissued in 1997, along with 1996 soundscapes from many of the same locations. The two CD set was released by Cambridge Street Records. Also in 1996, Barry Truax was on the City of Vancouver's Urban Noise Taskforce and contributed to the recommendations of its report, titled Urban Noise. In 1999, Truax's Handbook for Acoustic Energy was reissued by Cambridge Street Publishing as a CD-ROM.

The BBC has also taken a role in preserving audio and soundscapes. In a series of documentaries entitled Save Our Sounds, acoustic engineer Trevor Cox interviews architects, urban planners, artists and environmental scientists. They describe how the soundscapes in London and Hong Kong have changed, along with what sounds are in danger of being lost in the future. Cox also talks to scientists from the Positive Soundscape Project, who are trying to shift the focus from managing noise in cities to incorporating the sounds that the public actually wants to hear in the urban environment, such as birdsongs, buskers, and even barking dogs.

Save Our Sounds Producer Rami Tzabar notes a profound shift when one really tunes in to the acoustic ecology of an urban center such as London. “You begin to appreciate the difference between foreground and background in the acoustic environment. The sound of your own footsteps, the loss of church bells, and the delight of a child's laugh against the bass rumble of traffic noise.”

Tzabar explains that the idea for the BBC programs came when he and Cox were listening to the sound archives at the British Library. “We discovered the Soundscapes of Canada, series produced by Schafer in the 1970s.”