Scary Stories of Broadcasts Past

Working in radio can be a lot of fun. Being on the air, playing the hits, and broadcasting exciting live events are just some of the elements that have drawn people to radio for years. But it can be a little scary at times too. With Halloween around the corner, we thought we'd share a few scary stories of some of our Telos Alliance colleagues from their days in radio. From failed equipment at live remotes to creepy warehouses to the dreaded dead air, we've got you covered. Read their tales here... If it's not too frightening. 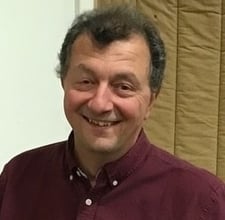 Telos Alliance CEO Frank Foti gets us started with a story of the dead... dead air, that is:

"There was a Friday afternoon during drive time when I was Chief Engineer at WMMS that I thought it would be ok to patch over the station's STL link to another path, so we could move the STL transmitters to a better location in the building. "Mr. Smarty Pants” (me) went so far as to have his able-bodied assistant out at the transmitter site to throw a set of patches at the same time I did down at the studio. Theoretically, this should have moved the WMMS audio path to a different system.

"So, on a count of “3-2-1,” we threw the respective patches. I remember thinking 'Man, we’re really good. I didn’t even hear a glitch in the audio during the momentary patch.' So I proceed to head up to the roof of the building, turn off the STL system, and begin disconnecting the equipment. While doing so, I hear someone yell up to me, from the window in the engineering shop, 'Hey Frank, there’s a lot of noise coming out of the speakers in here. Is that normal?' In my mind, I figured someone ‘bumped’ the tuner and I’d reset it when back in the shop.

Not once did I ever think that our patch trick didn’t work, and that noise was the unmuted STL receivers, out at the transmitter, putting noise on every FM radio in the area tuned to WMMS. It wasn’t until I casually came down to the engineering shop with STL gear under my arm, that I realized 'Holy s**t, I kicked the radio station off the air, during afternoon drive time with our #1 DJ (Kid Leo) on the air!'

"Needless to say, I kicked it into high gear, and got us back on-the-air ASAP. Total off-air time… 20 MINUTES! I figured this would be the end of my days as the CE of the Big Bad Buzzard (WMMS).

So, I sheepishly went into the General Manager’s office, put my keys on his desk, and with tears in my eyes apologized for being the biggest dumb**s in the world. The GM, who knew how to motivate people, asked… 'Well, did you learn anything?' To which I said, 'Yes sir!,' and explained the errors of my ways. Then he said, 'Take back your keys. I’m not the one to worry about. You’ll need to settle the score with Kid Leo when he gets off the air at 6pm.'

"Sure enough, when Leo (a fellow passionate Italian) got off the air, he gave me hell, and for good reason. Then he said, 'If not that you’re Italian, I’d have kicked your a**!' Then, he smirked and gave me tickets to an Indians game that night."

Thanks Frank! Sounds like the Buzzard almost bit back! 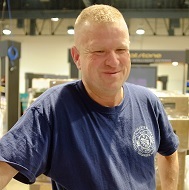 "I was at a 4200' mountain top above Victorville, California, working with a station engineer and manager. While we were inside the building, a thunderstorm came into the area and the wind came up. Inside the building it was difficult to talk (because you couldn't hear over the fan noise). All of a sudden, a loud crash was heard, lights went out and there was a jarring sideways motion in the building. The tower had fallen down, sheared the power lines, and fallen onto the roof of the building.

"On another occasion, a storm came in while I was at a different site above Lucerne Valley, California, and washed away the road up the mountain. The road tightly hugged the mountain and was a sheer drop exceeding 500' feet, like a cliff in a Road Runner cartoon. I only saw it coming around the corner on the way home. There was only about a foot or two of the road remaining.

"On yet another occasion, I was at a site above San Bernardino, California. It was very windy, and the site is well known for that. The wind came up and the lights went out. The wires on the poles shorted together and the door and frame detached from the building and flew across a 30' room, slamming into the wall. Fortunately, I was standing off to the side. I only saw the door lit by moonlight." 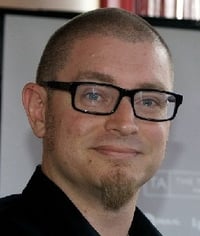 Telos Alliance Support Engineer Jeff McGinley sidles up to the campfire with a story of a creepy warehouse late at night:

"Back in the late '90's, I was working at what was then a Fisher (now Cherry Creek) cluster in Missoula, Montana. I ran the 7 - midnight air shift on KZOQ, the classic rock powerhouse of western Montana, but was also pulling overnight shifts fairly frequently. This was the time before automation was introduced to that part of the world, and we were still spinning CDs, so someone had to be there to start them.

"In 1998, the station moved from a standalone building to an empty suite in the front of Conlin's Furniture Store. Afterward, Conlin's decided to remodel the bathrooms in the station, thus requiring all of us to visit the facilities in the back in the furniture store's warehouse.

"To pass the time on those late night shifts, I became a voracious reader. I would hit the used book store a few blocks away from the station and tear through three or four books a week. One of those just happened to be "To Kill and Kill Again," a story about Missoula's only serial killer, a guy named Wayne Nance. I was pulling a stretch of overnight shifts when I started in on this book, which turned out to be a mistake.

"The book was riveting, and I couldn't put it down. The problem came when I got to the point in Wayne Nance's life story where he got a job working in the warehouse... of Conlin's Furniture Store. The same windowless warehouse I had to walk through, alone in the middle of the night, to get to the bathroom.

"Getting to the bathroom for the following month was a scary thing. Every little noise freaked me out, and many nights I either held it altogether or, uh... used a bush in the front of the building. It's not a traditional ghost story, but sharing the same area that a serial killer did not 10 years earlier, in the middle of the night with no one else around, it was enough to make my hair stand on end.

A frightening tale indeed. Whatever assignments we give Jeff, we know never to leave him in a dark warehouse late at night.

To close us out, a true Halloween tale, costumes and all, with Telos Alliance Support Engineers John (JP) Powell and Mark Manolio, from the 2013 WCSB Masquerade Ball. JP tells the story...

"We were doing a remote broadcast of a live concert in a makeshift remote truck so we could build our own on-air mix of the event when the power went out as soon as the headliner hit the stage. Mark and I thought we blew a fuse, but quickly realized our goose was cooked because we had three separate circuits out there and they were all dead. It was close to midnight and we were sure there was utter chaos and mad rioting inside.

"After 10 minutes of darkness and silence, I left the truck and peeked inside the hall to see the Dead Milkmen still performing with emergency lights and no amplifiers to a completely silent crowd. It was amazing.

"The band later jetted over to our studio to play for the listening audience. You can find the legendary Masquerade Ball performance on the WCSB website."

Thanks for the great stories guys! And Happy Halloween from the Telos Alliance!

For more radio adventures, check out the following from This Week in Radio Tech: