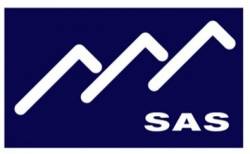 Livewire is full steam ahead, and Sierra Automated Systems is the latest partner to jump on the networking locomotive. Sierra Automate Systems manufactures digital audio network routing, mixing, console control, and integrated intercom and talkback systems. By adding Livewire, those products will now be able to interoperate with the growing Livewire ecosystem of more than 70,000 installed devices worldwide. That means SAS's support of the Livewire protocol will allow its customers to send and receive audio with stream advertising, control, and program associated data throughout its entire audio network.

"In keeping with our philosophy of providing total system solutions, we wanted to add Livewire to our lineup to work with the numerous Livewire devices that are out there," says Al Salci, Co-Founder and Vice President of SAS. "We think things are going to eventually morph into one common standard, and that is AES67, which of course Telos Alliance initiated andspearheaded. We are excited to become a Livewire partner."

"We think things are going to eventually morph into one common standard, and that is AES67, which of course Telos Alliance initiated and spearheaded. We are excited to become a Livewire partner."—Al Salci, SAS

Of course, becoming a Livewire partner has great advantages. For one, the Telos Alliance is the inventor of AoIP for broadcast, informing much of the early work on the AES67 standard. Livewire enables high-reliability, low-delay uncompressed digital audio over Ethernet, including not just audio, but logic, control, and program associated data (PAD) that AES67 doesn't account for as part of the standard. Axia and the Telos Alliance are committed proponents of AoIP interoperability—first as charter, supporting members of the X192 Working Group that defined AES67, and now as founding members of the Media Networking Alliance, a group of prominent equipment manufacturers formed to actively promote the adoption and implementation of the AES67 standard.

"We are thrilled to welcome SAS to our expanding community of Livewire partners," says Marty Sacks, VP of Sales, Support, and Marketing for Telos Systems. "Sierra Automated Systems has a very loyal following and a great reputation. We are honored to make Livewire available to SAS users worldwide."

Interested in becoming a Livewire partner? Explore other manufacturer partners who have added Livewire functionality, and learn more about the advantages of Livewire technology.