I had the pleasure of interviewing old friend Ted Alexander to tap into his vast experience as a Chief Engineer for various AM stations over the years. Ted began looking after AM stations in the 1960s and wrapped up his 50-year career not long ago, as some of you know, working in the Telos Alliance Technical Support Department. Be a fly on the wall during our interview and learn about AM processing from the man himself.

Ted: First of all, the frequency response. On FM, for analog FM, your high frequencies go up to about 15 kHz, and for HD FM you go up to about 20. Because of the FCC restrictions you are allowed only to go up to 10 kHz or less in order to meet the FCC requirements, so that's one of the main things.

Number two, with FM you really should strive to be symmetrical in your limiting and your processing so your deviation, plus or minus 75 kHz, theoretically should be identical on either side of the carrier as the carrier wiggles under modulation.

On AM, most stations choose to be asymmetrical so that their positive peaks will increase to about 125%, which is what the FCC limit is. You don't have to, but you can, and that adds an extra 1 to 2 dB of loudness if you process it properly.

What are the biggest mistakes that those in charge of an AM station in a cluster make?

They were never designed to transmit that dense of an audio signal and therefore, you actually run into overheating with power supplies; they just can't handle that average amount of power.

The other thing that you have to be careful about is the load that the transmitter sees. Whether it be tubes or solid states (sometimes tubes are even more forgiving), but the antenna system not only has to be broad-banded enough to handle at least a plus or minus 10 kHz for the carrier, it has to also be fairly flat with its phase response.

Since you're transmitting that audio bandwidth constantly, some of the transmitters just can't handle it and rather than dumping off the air, you will get into some serious distortion or other problems where you could exceed your NRSC-specified bandwidths.

Are you recommending that someone do a trial-and-error when it comes to old transmitters where some may handle dense modulation and some may not? Are you suggesting give it a shot and see what happens?

I always suggest giving it a shot. The first thing to do is, if you are not afraid of blowing your transmitter up, run it full bore, see what it does, and listen to it. See if you get the distortion characteristics you want and if you're a directional, to see if the way the directional is tuned, if you have a problem with the transmitter running into that load.

"If you are not afraid of blowing your transmitter up, run it full bore, see what it does."—Ted Alexander

You could get VSWR trips on the transmitter, or maybe it just doesn't sound right. The simple things you can do on AM are that you can restrict the high frequencies down to 5 kHz instead of letting it go up to 10, or you could pull the modulation down just slightly.

Look at your mod monitor, see it hitting about 90% negative and maybe 110% positive, and if the transmitter looks okay, push it up to maybe 90% to 95%. The amount of audio that you get, the loudness that you get by exceeding 90% to 95% negative modulation is absolutely insignificant, but you can cause damages to the transmitter. The newest of transmitters can handle it. Some of the older ones, or even some of the middleaged transmitters, you have to be careful. 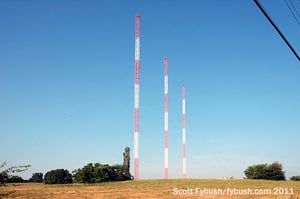 You're saying, step it up gradually, and I would presume you're doing this at the transmitter?

If nothing looks overheated, nothing is arced over, push it up to 90% and 95%, but I would not recommend going much beyond 95% for reasons I gave a few seconds ago.

AM receivers are generally not as good as they were many years ago, and not just for audio but in respect to sensitivity, image rejection, etc. Can one make an AM station sound good, on both common and better AM receivers?

Overall, the cleanliness of your audio chain right from a microphone or a computer or a CD player or whatever you happen to be using as your playout device is a big factor. Through the board, though the STL, out to the transmitter has to be absolutely as clean as possible. That's number one.

Number two, depending on who your target audience is and what kind of radios they have—a small portable radio or a car radio. You're talking about two totally different animals. The car radio, for example, is very adjustable with everything from subwoofers up to super tweeters.

So the first thing to do is to make adjustments using your studio monitors. Usually those are the best monitors in the station. Listen off the air and get the sound as clean as possible. Don't aim for loudness just yet.

Then, gradually increase the limiting, the clipping, or the balance between the two to build the loudness up to a point where it becomes objectionable, and then back it off. Always, on the AM transmitters, take a look at it, make sure nothing is overheating on it. Make sure nothing looks wrong. If all the meters look right and it sounds right, you're probably okay.

Loudness is always important whether you have an AM station or an FM station. You want to have dial impact. However, with AM, your modulation, your loudness, is directly correlated to getting better on the fringes of your reception area, correct?

On AM, the thing you have to fight much more than on FM is noise, whether it be man-made or natural such as lightning or power lines. The louder, the more audio that you have on your signal, the better your signal-to-noise ratio will be. In other words, if you have power-line noise, the more audio that you are able to deliver to the listener, the less that power-line noise, say, would affect the listening situation.

This not only goes for local reception where you're going near power lines or computer interference, but also when you get out in the fringes of the signal and the signal itself gets noisy, there's reduced RF coverage on the radio. Then you really need that modulation, don't you, to be able to still comfortably listen to the station?

Yes. Just comparing FM to AM, when you get out in the fringes, you hear the FM signal start to break up. On AM the limiting factor is usually noise. Whether it be in your car with car engine noise or cars that have computers or sound systems that are very dirty RF-wise, so to speak, and can cause tremendous interference to an AM station as well.

I understand that electric cars are a nightmare for AM radio.

I have no personal experience at it but do have empirical knowledge from people who have them. Yeah, everything from the computers to the inverters to the actual motor assemblies themselves are certainly not optimized to keep the noise down.

Devices such as LED bulbs, many CFL bulbs, and power supplies—especially these little wall warts and some computer power supplies—far exceed the FCC regulations for noise. There are billions of these devices out there and the real world will never be able to solve those problems. So getting as much audio as possible on your AM signal is paramount, especially the fringe coverage.

Ted had been into ham radio for many years before he even got into broadcast radio. He got his commercial license back in high school, but even as a kid, he was enthralled. "I remember at the age of two being fascinated with broadcast radios," he says. "My mom and dad had this big one. I got my ham radio license when I was 13, and back then everything was AM. I got a lot of experience starting way back then."

Then Ted got his first phone license. His first job was at the very same station that Frank Foti had his first radio job, WELW out in Willoughby, which is a little 500-watt, 4-tower station. He spent about four or five years there. 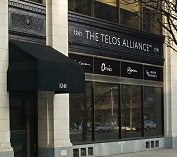 During the time Ted was there, he learned a lot about broadcast audio. "We did not have the NRSC restriction then, I actually still have some tape recordings of it, but the station sounded like FM," says Ted.

After that, he made a couple of stops here and there in Youngstown and Akron. The first really big station he worked at was WGAR, 1220 AM.Then in the mid 1970s, Ted joined 3WE—another big powerhouse station, and became the chief engineer. "Over the years, I worked at the 1260 the old WIXY, after it was WIXY, 1300, 1420, 850. In fact, I had a couple of trips through 850 and built their 50,000 watt transmitter facility there," says Ted. "I spent years at WDOK on the air as well as acting as their chief engineer. I chose to try to finish out my career at that time with Telos-Omnia which then became the Telos Alliance. The last 10 years that I worked at Telos were some of the most fantastic I've had. Again, I'm not being patronizing here, but the geniuses that reside in that building at 1241 Superior exceed those of any other place I have ever worked."