The Telos Alliance is proud to announce that CEO Frank Foti has been named one of only two recipient of two NewBay Industry Innovator Awards as presented by Radio World and Radio magazine. 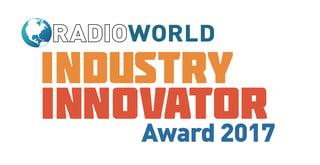 In addition to these processing advancements, Frank also developed Single Sideband Suppressed Carrier Technology for FM, which brought Single Sideband FM stereo from a theory to a usable tool in the broadcaster’s toolbox. Today, Frank continues to be an innovator of new broadcast audio processing tech, including the first processors to utilize a 48KHz audio sampling rate and to feature AES composite output.

It’s not just Frank's thought leadership in audio processing, but his leadership as the CEO of the Telos Alliance, that has paved the way for innovation across all six Telos Alliance brands: Telos Systems, Axia Audio, Omnia Audio, Linear Acoustic, 25-Seven Systems, and Minnetonka Audio. Frank is responsible for the creative, think-tank environment that has led to Axia's development of Audio over IP for broadcast and the Livewire protocol; Telos Alliance being the first U.S. company to license MP3; 25-Seven to challenge the status quo in the ratings watermarking arena with Voltair; Telos Alliance being founding members of the Media Networking Alliance and staunch proponents of the AES67 interoperability standard; Omnia to develop the µMPX audio codec, which transports high-quality Multiplexed FM signals over a small data pipe; and much more.


Moreover, Frank is revered and respected not just across the broadcast industry for his innovations and leadership, but by those who work closest with him and know him best for his passion and personality—a passion that comes through in everything he does, and a jovial personality that's a pleasure to be around.

Frank's colleagues concur. "As a member of the early Omnia team I loved Frank's passion, electricity, and competitive spirit," says Telos Alliance COO Scott Stiefel. "Developing those early products felt more like a mission than a project. All of us wanted to create something totally new and fresh, and testing those early prototypes with Frank cranking the Who as loud as he could through the box created an immense sense of pride and accomplishment. Frank's generosity with praise and gratitude made it all the more fulfilling."

"As a member of the early Omnia team I loved Frank's passion, electricity, and competitive spirit... Testing those early prototypes with Frank cranking The Who as loud as he could through the box created an immense sense of pride and accomplishment. Frank's generosity with praise and gratitude made it all the more fulfilling."

Chief Financial Officer Carol Hetman adds, "I was privileged to work with Frank back in his radio days at WMMS and Z100, so I knew how intense Frank could be and what I was getting into when I came to Telos. The passion and intensity that is so much a part of him beats through this company and every piece of equipment we produce. I can honestly say he has inspired, challenged, and astonished me in equal proportions. It's truly been quite the ride!"

"When I first interviewed with Telos Alliance two years ago, Frank seemed larger than life to me, his energy and his passion were so apparent in everything he said or did, and it was one of the reasons that I took the job," says Marketing Manager Krissy Rushing. "His enthusiasm and innovation run through the veins of the company. He is constantly encouraging the entire Telos Alliance team to push the boundaries of what is possible in innovation, making better products for the broadcaster. It's infectious!"

Those qualities have made the Telos Alliance what it is today, and make us proud to know Frank and carry out the work he's so passionate about.

For more about Frank and his career of innovations and achievements, check out this content: