The Nuts and Bolts of Ethernet Switches: 4 Fast Tips to Make AoIP Easier 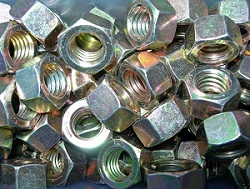 Since Axia invented AoIP in 2003, I’ve had tons of conversations about Ethernet switches — as you might imagine! Switches are the heart of any AoIP system, so it makes sense to know a bit about them. But a lot of the language concerning Ethernet switches is fairly impenetrable (even to experienced engineers). So I thought that a post encapsulating some things I’ve learned might be useful to those of you planning your next facility.

Today’s AoIP isn’t your daddy’s audio routing, thanks in large part to the sophistication of the modern Ethernet switch. In fact, today’s Ethernet switches are amazingly capable. 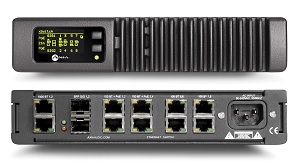 In the old days, broadcasters spent tens of thousands of dollars to purchase what amounted to a card cage to hold audio I/O cards, and a processor card to control a TDM buss. Today, for less than $1,000, an Ethernet switch can replicate all of that infrastructure — do it more reliably.

Moreover, today’s Ethernet switches are made by companies that sell millions of them a year. That’s a dramatic difference from the old days, when less than 100 broadcast TDM frames were produced annually by relatively small, dedicated manufacturers. There are a lot more resources, in terms of R&D, quality engineering for mass markets, and sheer engineering talent, that pour into every new Cisco switch, than can be leveraged to design and build frames from small manufacturers that just sell to broadcasters.

All of which translates into AoIP being a much better value than TDM and other proprietary solutions — and which is also why you almost never hear of the new installation of one of these legacy-engineered systems. 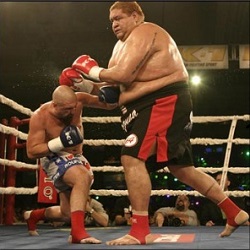 Switch selection is primarily dependent upon the size of the system you are planning for. Studios with just a few consoles just don’t need a switch the same size as that required by a facility with 20 studios. Sure, you want to plan ahead: buy enough capacity to handle moderate future expansion. But you don’t want to over-buy either, as every wasted switchport adds cost overhead to your installation — money you could be spending on other gear. Don’t be afraid to talk to your console provider for recommendations.

Ideally, a Cisco switch designed for VoIP service is a best bet. After all, AoIP was largely made possible by the proliferation of VoIP in corporate settings, where data and telephony converged into single, well-managed networks. You can find a large list of Cisco switches – of all different sizes – that are compatible with Axia gear at www.AxiaAudio.com/switches . We update this list on a regular basis, so you might want to bookmark it for future reference.

In AoIP, as with nearly everything in life, “good enough” usually isn’t. If you put kerosene in your car’s gas tank, it’s going to catch fire. And if you use a consumer-grade, unmanaged switch at the heart of your broadcast audio network, there’ll be a firestorm as well. Or, I should say, a data storm.

Beware of any manufacturer recommending switches from the local office supply or electronics store —these are frequently not managed switches, and once the audio starts flowing hot and heavy, mark my words: packets will be dropped. Seriously, who thinks a plastic box with a wall-wart power supply is good enough to be part of a mission-critical broadcast architecture?

(Well, apparently someone did. For a while, a certain company was poking fun at Axia’s recommendation of professional switchgear. They’ve since begun recommending the correct architecture. You may draw your own conclusions as to why.)

A side note: If you’re buying Axia, you also have the option to buy console mixing engines (such as our PowerStation and QOR products) which include integrated Ethernet switches, custom-built for AoIP. We also make xSwitch, a very nice standalone AoIP switch with PoE, which can in turn power other networked audio interfaces. An advantage of these purpose built switches is that they are pre-programmed (which can help you recapture some precious time spent in building a new system). 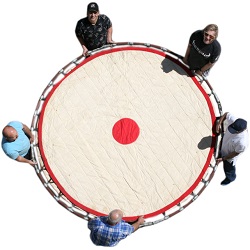 You wouldn’t think of building a transmitter site without considering the need for backup power. The same goes for your program origination studios! The right switch fabric for your facility will carefully balance your risk against cost for back-up purposes.

One easy redundancy option has nothing to do with Ethernet switches: we recommend that everybody run or re-use an existing pair or two between air studios and TOC (or wherever STL is located), so that in a worst-case scenario, the studio output can be switched directly to the transmitter. Easy, eh?

When it comes to studio network redundancy, switches with back up power supplies are easily available and are not so expensive, giving you plenty of peace-of-mind per dollar spent. Multiple switches (or blade-based switches) can also be deployed, with separate studio runs, enabling a complete back-up switch fabric. Axia supports this level of redundancy with edge devices like our xNode audio and logic I/O adapters, and our PowerStation console engine, both of which include multiple IP connections for just such cases.

Got questions? Call us!

Like any important purchase, the selection of network switches for you AoIP-based studios can seem overwhelming at times. Needless to say, there are lots of options. If you feel like you’re adrift in a sea of information, just call us at +1 216 241-7225 or contact us by Web at www.TelosAlliance.com/contact. We’re always happy to help!