The Quest for the Perfect Control Room 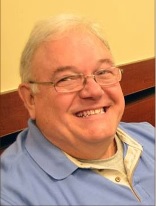 The arrangement of equipment in radio studio control rooms was often the result of a tussle between programmers and engineers. In one extreme, the control room may have been a dream for jocks to operate, but a nightmare for techs to service. Too far the other way, and you had a setup that could be easily serviced, but required an octopus to operate. Most were a compromise (although some would be better termed a stalemate).

I have seen control rooms where turntables were under the control console, on both sides of the jock or two (or three) on one side. Cartridge machines were another issue; on top of the board, under it, beside it? I’ve seen them all.

One of the oddities in Nashville was the old WLAC master control room. Granted, it was constructed in the days of network radio and large, live programs. When I was there in the late 1970s, the DJ worked the left side of a side-by-side double horseshoe arrangement. I was told the newscaster, at one time, used the right side, before a separate news studio was added. In the past, two board ops would be side by side, running control on programs from two studios that the room looked into. They must have worn headsets. The cacophony of two different programs simultaneously would have been incredible. In addition to that radio studio, two previous single control rooms nearby looked down from either side into a huge studio that could have contained large live productions.

Sometimes, succeeding engineers discovered problems their predecessors had left behind. At WMAK, a bright young engineer named Watt Hairston was hired in the mid-70s. These radio studio control rooms were only a few years old and he didn’t anticipate major problems. The first time he opened the control room console, though, he found a dangerous and noisy malady. When remote starts had been put into the board for the turntables and cart machines, they had not been stepped down to low voltage, which was common practice. That puppy was wired with household current; 110 volts. Watt discovered that when the back of his head touched a turntable switch as he serviced the Cetec console; not one of his favorite boards, to soften a description.

Not only was it risky for operators and especially for techs, it also induced volumes of hum into programming. Soon, a jock was doing his show from a production studio for a few hours, while the remote starts were rewired.

There were also the niceties that didn’t happen. Engineering legend Everett Lawson built WKDA’s console and once told announcer Buddy Sadler he had considered putting a car cigarette lighter into it. He decided otherwise after figuring he’d eventually get a call from a late-night jock, complaining that the lighter wasn’t working.

Skip Woolwine spent a few months at ‘KDA as a teenage jock. He recalled an alarm Everett had installed to keep DJs from “burying the needle in the red” on the VU meter. “Ev” had replaced one too many meters before hitting on the idea of installing an irritating high-pitched beep that rang out through the monitor speakers if the volume exceeded +2 decibels on the meter.

If you’re a fan of old radio stations, radio studios, and control rooms, you might consider joining a closed Facebook group called Radio Broadcasters Society. Several old radio hands are on it. You can submit a request for inclusion through Facebook.