At age 19, Jake Alderman, a sophomore at Chicago's DePaul University, already knows what he wants to do when he graduates. One word – radio. He became fascinated with the medium while a student at Lyon Township High School (LTHS) in La Grange Il. It probably helped that the school system has one of the top-rated high school stations in the country, winning awards for excellence in 2008, 2009 and 2012.

END_OF_DOCUMENT_TOKEN_TO_BE_REPLACED

We sometimes get asked: what's the difference between hybrids, codecs and stream encoders? Let's take a moment and talk about how these different technologies.

END_OF_DOCUMENT_TOKEN_TO_BE_REPLACED 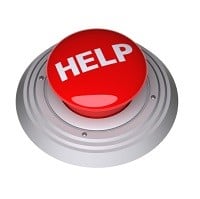 This Tech Talk topic comes from Mike Uhl who writes, "Will a new Hx1 work with an old DIM (Direct Interface Module), used for ganging multiple Telos ONE hybrids into a multi-line system?"