Every piece of broadcast equipment has its 'power users', the ones who use every feature, input and output in every conceivable way, along with some that weren't envisioned by the designers. For the Telos Z/IP ONE IP Broadcast Codec, that user would be The JOY FM. Between their Florida, Georgia and Alabama operations, the Radio Training Network has over 40 Z/IP Ones at its JOY FM stations, used for a variety of applications.

END_OF_DOCUMENT_TOKEN_TO_BE_REPLACED 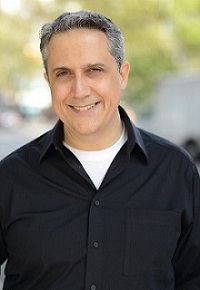 Joe Miuccio is a veteran of the audio production industry and owner of PURE SOUND Inc., a post-production facility in New York City.

Joe began his career in New York as a re-recording mixer and sound designer for thousands of radio and TV commercials on numerous award-winning ad campaigns. He has also recorded and mixed hundreds of music jingles, working with the best composers and musicians in the Big Apple. Adding to his diversity over the years, he has developed a bit of a reputation as an East Coast go-to Automated Dialogue Replacement (ADR) recordist for additional lines in dozens of major Hollywood feature films.

END_OF_DOCUMENT_TOKEN_TO_BE_REPLACED 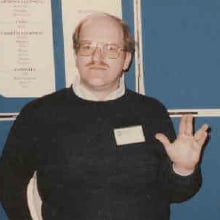 The central focus of the Bradley Broadcast booth in 1985 was the Telos 10.

How we got there – and what happened during those four days – was unlike any other trade show I’ve attended.

But first, some background.

END_OF_DOCUMENT_TOKEN_TO_BE_REPLACED

Connecting Two Z/IP ONEs on a Closed IP Network

Sim Johnson of Broadcast Bionics wrote us posing this question: "What is the best way to establish a call between two Z/IP ONE codecs over a private network with no access to the Internet? Would you suggest using SIP, or is there a way to make a direct connection without a ZIP Server?"

END_OF_DOCUMENT_TOKEN_TO_BE_REPLACED

As the “Voice of NASCAR,” the Motor Racing Network (MRN) is the principal radio broadcasting operation of the National Association for Stock Car Auto Racing. They’ve got more than a few victory laps in their record books: Since MRN’s first broadcast – the 1970 Daytona 500 – they’ve aired hundreds, if not thousands of races. And not just the premiere events of the NASCAR Sprint Cup Series - but the NASCAR Nationwide Series and NASCAR Camping World Truck Series races as well.

Doug Watson is the Chief Engineer for MRN, and he and his crew make the technical end of the broadcasts happen. Up until last year, MRN used two large trailers and one smaller trailer with analog equipment, but Doug decided it was time to modernize the operations.

END_OF_DOCUMENT_TOKEN_TO_BE_REPLACED

It takes brass to plunge headlong into an unfamiliar technology.

Chris Cottingham, CE at CRISTA Broadcasting’s KFMK-FM in Austin, Texas, has that sort of spirit. Which is why he took on the task of updating his station’s studios from analog to IP Audio without having laid hands on networked studio gear before.

END_OF_DOCUMENT_TOKEN_TO_BE_REPLACED

Willem Hoekstra of Media Utilities in the Netherlands writes: "I've got a Z/IP ONE client who wants to connect Z/IP ONE codecs on a private network completely autonomously, without the Directory and NAT Traversal services provided by the Telos ZIP Server. Is that possible?"

END_OF_DOCUMENT_TOKEN_TO_BE_REPLACED

At age 19, Jake Alderman, a sophomore at Chicago's DePaul University, already knows what he wants to do when he graduates. One word – radio. He became fascinated with the medium while a student at Lyon Township High School (LTHS) in La Grange Il. It probably helped that the school system has one of the top-rated high school stations in the country, winning awards for excellence in 2008, 2009 and 2012.

END_OF_DOCUMENT_TOKEN_TO_BE_REPLACED

Thunder Bay Ontario is best known for its great outdoor adventures, Fort William, and the Founders Museum.It is also home to Dougall Media, owners of several television, publishing and radio holdings in Northwestern Ontario, including stations: 91.5, CKPR; 94.3, "Rock 94"; and 104.5 CFQK, "The Thunder."

END_OF_DOCUMENT_TOKEN_TO_BE_REPLACED

Get Great Audio over IP Remotes? Yes You Can!

As more and more broadcasters move to IP and public Internet connections for remote broadcasts, the question now is not "Can I do IP remotes?," but "How can I make IP remotes sound as good as ISDN?"