The Giz Wiz, Dick DeBartolo, joins us for TWiRT, on location in New York City! We check out some audio gadgets, talk about the AES and NAB conventions, and play a few rounds of Match Game.  Andrew Zarian joins us, too!

Special thanks to The Telos Alliance for providing a unique and convenient way to mix our show, on location. Our headset mics are connected to a Telos Alliance xNode running 2.x firmware.  This affords a routing/mixing matrix internally which can be controlled externally. The mix points are controlled using IP-Tablet software, running on the same Microsoft Surface 4 laptop that we're using for our connection to the GFQ Network.  Our broadcast headset mics connect directly to this Mic xNode, and our headset earphones are fed by a small headphone amp which receives its feed as a mixed headphone output from the xNode. We have easy control of the mic levels and the headphone levels, including a live return feed from our producer, SunKast, at the GFQ Network. 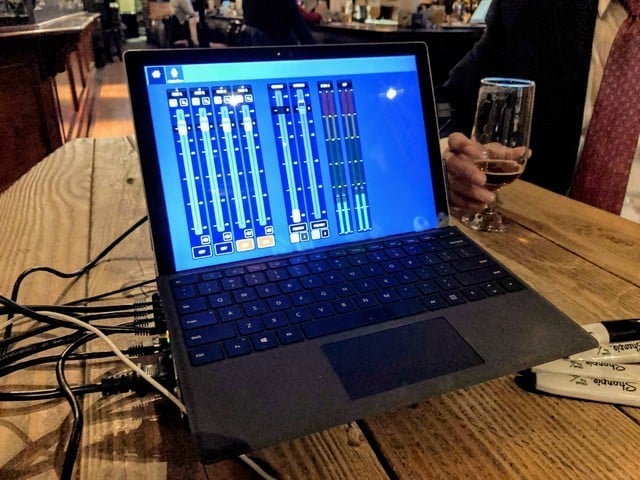