What do you do when the power goes out? 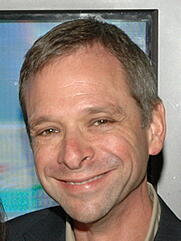 On September 9, 2011, much of Southern California and portions of Western Arizona and Baja were blacked out by a cascading failure of the San Diego Gas & Electric power grid.

As has been noted lately by many in the industry, radio is still the public's first and best source of information during emergencies. This was proved once more during this blackout, which lasted between 12 and 14 hours. As soon as the power was out, my family tuned to our LP-1, KOGO, whose generators and backup systems worked flawlessly to keep the station on-air. Their professional news staff and reporters kept information flowing into the late night; my wife and I (and many others, I'm sure) fell asleep to the radio knowing that things were well in hand.

Less than one hour into the blackout, San Diego's cellular telephone network was overloaded and nearly useless. Residential customers who had previously ditched their PSTN-based telco services in favor of service through cable or DSL providers found that they did not work either. KOGO's news crew repeatedly warned listeners to stay off their cellular phones, and make limited use of their landlines.

In contrast, my personal home phones (which include a Western Electric 554 wall set and my wife's (pretty pink Princess) phone worked perfectly.

This situation brings into sharp relief AT&T's recent filiing to abandon the PSTN. Citing declining usage and the cost of maintenance, AT&T says they can no longer afford to operate an outmoded communications network. Perhaps this is so from a purely business standpoint, but from a national security and public stafety viewpoint, it is woefully short-sighted.

To gather information from the public utilities, KOGO's news team relied heavily on their station's landline telephones, making and airing calls from emergency service, law enforcement, and public utility officials - private citizens, too. This vital connection would have been completely unavailable if only the cellular or IP networks were available for communications. Homeland Security and FBI operations would likewise have been disrupted, as well as local police and fire departments, if not for the PSTN. And I'm sure this is only the tip of the iceberg.

Here at Telos we love technology and what it can do for us. We are big proponents of the power and flexibility of digital networks, as our recent introduction of the first broadcast VoIP talkshow system underscores. But without the PSTN, America's communications capabilities during its most vulnerable times would be severely compromised, exactly when those capabilities are most needed.

We hope that the FCC will evaluate these public safety issues carefully when reviewing AT&T's petition, and we urge broadcasters, who depend upon the vital communications infrastructure of the PSTN, to make their voices known as well.