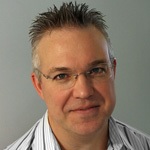 Greg Shay, Chief Science Officer at Telos, began working on Audio Over IP (AoIP) 18 years ago in order to help the professional audio community close the loop on a pressing challenge: moving large amounts of audio data more efficiently, while retaining sonic quality and integrity. After joining Telos Systems in 1996, Shay worked with Steve Church and Frank Foti of The Telos Alliance to make Audio AoIP a reality, combining the company's unique technology achievements with existing state of the art switches and networking solutions from companies like Cisco.

The result was a watershed breakthrough for radio broadcasters in 1999 with Telos' Livewire solution. This enabled end users to dramatically reduce cabling and I/O points, while retaining pristine audio quality and facilitating easier management of their systems infrastructure — which often consisted of anywhere between 100 and 1,000 channels of audio. While it was a long road of innovation, Telos succeeded in solving a widespread industry problem — now, the company estimates that Livewire is present in more than 5,000 broadcast studios around the world. Greg Shay was a key architect of Livewire and an important stakeholder in the development of AES67, the AoIP interoperability standard that was published by the Audio Engineering Society (AES) in September of 2013. In the following interview, Shay describes the breakthroughs and nearly ubiquitous adoption of AoIP.

How did your work on AoIP begin?

My work on AoIP predates my coming to Telos, which was 18 years ago. I developed ‘Digital Audio Work Station’ (DAWS) in the late 1980s and early 1990s as part of a company that was eventually acquired by Euphonix. In the early 1990s, you had this interesting work problem of multiple people in separate control rooms working with DAWS, but no real solution for sharing work among them. So the whole problem of audio networking came about and this planted the seed of how can we move large amounts of audio back and forth by just using the network.

How did the discussion of leveraging the network infrastructure come about?

When I first came to Telos and met Steve Church and Frank Foti in 1996, my very first conversation with Steve Church was about this new thing Audio over IP. We thought, wouldn’t it be great if we could do all this audio I/O on the hardware that already exists on computer device platforms? Of course back then, network speeds were slow: 10MB was considered fast, and the industry wasn't very mature so it was a lot harder. So we always had it on our back burner and began waiting for the right opportunity and context of a solution

while working on the development of what would become Livewire. This was about 1998, and we got our patents filed in 2002. Since then, Livewire has been very successful — there have been approximately 5,000 studios built with the technology so far, and many of these include very large ones around the world. In the radio market, it is a leading technology.

When and why did you really see the broad market adoption occur?

Early adopters went ahead and started using it around 2003, because it delivered efficiencies but also saved costs. We were able to outfit many studios because our solution helped end-users minimize required cabling — there was much less I/O involved because you were leveraging all that computer horsepower. Then the hump period was around 2005 when the broader adoption occurred. All of the sales were based on specific problems that were being solved. It’s hard to convince people to buy a new product when it is more expensive, but since Livewire saves costs and brings technology innovation, it became much easier.

Our solution had lots of features and worked really well, and setting up installations became so fast. It is very analogous to hooking up computers; the difference of having 100 computers in a building and trying to hook them all up with RS 232 cables and a switching box versus just plugging it into the network and it’s done. We got that same kind of efficiency, because a typical radio station facility has hundreds of audio channels — the biggest ones have thousands. The sheer logistics of organizing and dealing with that many audio channels delivers unprecedented economies of scale and along with it, cost savings.

What were some of the ways you were able to manage your own risk in developing Livewire?

From the very beginning, the technology strategy — and this is something that Steve Church was just great at -— was the realization that radio on the whole is a relatively small industry, so let’s not try to do all of our own R&D and not reinvent the wheel. Let’s figure out how to leverage what the giants have done already. So we ended up hitching our wagon to the billions of dollars of R&D the big networking companies had. We had to figure out many things that were never done before, but all the while leveraging these bigger technologies. We accomplished this, and to me, this is the number one reason we’ve been successful. In developing Livewire, we made a number of good technology choices that blossomed and matured over the 12 years.

Where do you think some of the future evolution is going to happen? 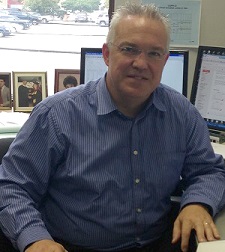 I believe the telecommunication companies will eventually lay down more fiber, and we are just riding on that progression and evolution. When we developed Livewire, we chose to use standard IP networks formats — so our equipment is future proof and will work on these huge networks once they are deployed. This is where the real payoff will come on the decisions we made while developing Livewire, and it is also the huge problem that many of our competitors will face who made different choices. I have been giving whitepapers about this particular transition happening inside the studio, which will essentially open them up to the whole world. Interconnectivity is coming, but the missing piece is the telcos have to interconnect more cities with fiber. This is going to happen though. The power of networking will mean that the physical location of where people are and where the equipment is doesn’t matter much anymore. We are already seeing that happen in various ways. There is always going to be a human being at a microphone, because of course it is all about the content. How you get that content to interested listeners however, is up for grabs in terms of the technology.