xNodes for AoIP: What You Don’t Know Could Thrill You

Yes, I get a little bit overexcited when I start talking about xNodes, Axia Audio's 3rd-generation networked audio interfaces. I’ve been accused of over caffeinating (which might be true) but really, if you knew what I know about xNodes, you’d be excited too.

C’mon, let’s go for a peek behind the curtain… 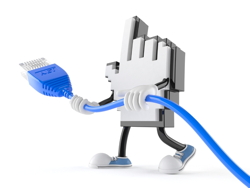 This may be the thing that excites me the most about xNodes: they practically set up themselves. Let’s face it, first-generation AoIP gear took some time to set up. xNodes (which are third-generation devices, by the way) can be up and running in under a minute with a one-button setup function that auto-configures the device, gives it an IP address and gets the I/O passing audio quicker than you can recite Ohm’s Law. Engineers I’ve visited and talked to at trade shows can’t stop talking about how easy it is to set up an xNode. And if you want to get under the hood and do things manually, you can – just call up the xNodes’ IP on your Web browser and go to town.

You can power xNodes with your Ethernet switch

Since AoIP swept across the broadcast landscape, we’ve managed to reduce a lot of the discrete cable clutter characteristic of the old analog days. But still, each networked audio device usually has two cords: an AC power cord and the network connector. Wouldn’t it be cool to cut that down to just one cable? With xNodes, you can, using PoE (Power-over-Ethernet, or IEEE 802.3af if you prefer). PoE delivers power to the xNodes using the same CAT-5e cable you use to connect it to your system’s Ethernet switch, so you can eliminate more cables from your rack. Or, let’s say you need xNodes in a small space, like a VO booth. All you have to do is run that one Ethernet cable with PoE and you’re done! Audio and power all in one. What could be sweeter than that? Just make sure your system switch has PoE when you’re writing the purchasing spec.

Conveniently, our own xSwitch supplies PoE. You can rack an xSwitch and 4 xNodes together, and only need one AC cable to supply them all. That’s cool!

Speaking of cool: xNodes have no fans

There’s a big, cast-aluminum heat sink on the front of every xNodes unit. There are a couple of reasons for that. First, fans are the enemy of the quiet studio. We’ve all lived through the nightmare of some device in the control room with a screaming cooling fan; our designers decided early on that we weren’t having any of that.

So xNodes have no fans.

We did this by designing them as low-power devices (they only consume 14.2 Watts each – see the note on PoE, above) and by putting the convection-cooling fins on the front, where they get iced by the gentle breezes from your studio air-conditioning. Gear from other providers may be fanless, but the cooling openings are all in the rack, where the air gets hot and doesn’t circulate. With those devices, you’d better leave a blank rack space between each unit — xNodes can be racked without spacers, a capability that’s handy when rack space is at a premium.

Both the power supply and the audio connections on xNodes have backups with automatic switching.

Let’s say someone kicks xNodes’ power cord out of the wall. No problem: the Power-over-Ethernet switches on without missing a beat. Same with the network audio connection; xNodes have two 100Base-T connectors on the back, so you can hook each one up to different legs of your network topology. If the primary connection gets interrupted, the secondary takes over instantly and your audio stays on the air. Nobody else’s audio interfaces have this kind of backup insurance.

Now, before you accuse me of specsmanship, let me just say I’ve never had “golden ears.” However, some specs definitely matter. CMRR, for one.

If you’re new to the audio party, I should explain that CMRR stands for “Common Mode Rejection Ratio.” This is a measurement of how much unwanted noise and interference is present in a balanced audio input fed to a differential amplifier; the greater the CMRR ratio, the greater the amplifier circuit's ability to cancel induced noise from nearby devices. Audio wiring in a typical broadcast facility often lives in close proximity to such noise-generating things as AC power cords, racks full of receivers and codecs, and other RF abd digital-hash-spewing gear, so this is an important spec. A CMRR value of 70 dB is generally accepted as “OK” for professional audio applications.

xNodes were designed to maintain a CMRR of greater than 80 dB across the entire audio band, which means that your input audio sounds pretty darned clean. By comparison, one of Axia’s competitors uses audio interfaces with just 42 dB of CMRR. And because decibels are a logarithmic measurement, that’s not just half as good – it’s about 10,000 times worse.

Another interesting spec: xNodes’ THD+N performance. THD+N is “Total Harmonic Distortion plus Noise.” It’s the other end of the equation: where CMRR measures how much noise there is in an audio input, THD+N measures how much of your output signal is extraneous noise, compared to actual signal. This can be hum from your device’s power supply, or RF interference, or any number of things.

A THD+N number considered “good” for a power amp is .01% distortion. xNodes have a THD+N of 0.004%! (For comparison purposes, our competitors’ gear is rated at 0.04%. That’s roughly 4 ½ times’ greater background noise than xNodes.)

One more number to wrap your mind around before we move on: EIN, or “Equivalent Input Noise." Yes, it’s another noise measurement; this time we’re measuring the amount of noise that a microphone preamp adds to the mic’s amplified signal. The lower the number, the quieter the preamp, and the better quality mic signal produced. The theoretical limit for EIN is -130.5 dBu; xNodes’ super-quality preamps are rated at -128 dBu. A noise figure of just 2 dBu - that’s quiet! (Beware of folks quoting phenomenal EIN specs of -135 dB and such – you’ll note they cheat a bit by quoting numbers in relation a non-standard 10 Ohms or such. A typical high-quality broadcast mic is more like 150 Ohms.)

xNodes speak AES67 and RAVENNA, too

Some companies talk about interoperability, but it’s really only talk. Secretly, they hate the idea – they only want to sell you their gear. And so they talk out of both sides of their mouths, praising standards on one hand, but not supporting them on the other. Is that deceitful, or just rude?

No matter: Axia believes in interoperability. We believe in it so much that, even though we invented Livewire™ AoIP, we partnered with RAVENNA and made xNodes the first audio interface to support a connection protocol besides our own. Not only that, Axia was a charter member and major financial supporter of the X.192 project, which wrote the Audio Engineering Society’s AES67 AoIP interoperability standard. And as soon as that standard was passed, we went to work, publishing software that made xNodes the world’s first AES67 compatible broadcast devices! So when it comes to interoperability and working toward a connected future for broadcasters, other guys may talk a good game, but Axia puts our money where our collective mouths are. xNodes are the first of a new breed.

Now you know why I get excited talking about xNodes. They sound better than any other AoIP audio interfaces, are easier to set up than other folks’ gear, have redundant features to give you operational peace of mind, and are virtually future-proof thanks to AES67 and RAVENNA interoperability. Now, if all of that doesn’t make your socks roll up and down, too, you might want to check your pulse!