Before starting Omnia, I was very lucky to have worked at a couple of extremely successful radio stations, WMMS-FM, Cleveland, and WHTZ-FM (Z-100), NYC, where we prided ourselves on being the best. Anything other than #1 in the ratings was not an option. The motivation for Omnia growing from ‘worst-to-first’ was highly influenced by Z-100’s historic (and never since duplicated) journey from ‘worst-to-first’ in only one ratings period, in 1983. For Omnia (now a part of The Telos Alliance) it took a little longer to dislodge the long-time leader.

As a Chief Engineer, I always admired how Program Directors positioned our station against the competition. The genius minds of great programmers like Scott Shannon, Steve Kingston, and John Gorman were always many steps ahead of the other guys in every facet of the game. I can recall many times, during the early days of Telos, when Steve Church and I would say to one-another, “…in this situation, what would Scott Shannon or John Gorman do?” And, in each instance, putting on our radio ‘thinking caps’ pulled us through!

Believe it or not, a killer on-air sound begins with a great bond between Program Director and Chief Engineer. Sometimes it may appear as if there are two different languages spoken, ‘engineer-speak’ in decibels, distortion, and the like. Then, the PD wishing to discuss ‘punch’, ‘width’, and loudness! The key here is to understand the translation of these languages. Many times, the benefit occurs, when engineering is able to transpose PD lingo into engineering-speak, and thus make the proper tweaks to the audio chain. We at Omnia can help!

"Believe it or not, a killer on-air sound begins with a great bond between Program Director and Chief Engineer."—Frank Foti

One of the many reasons those experiences meant so much was that we were the best at EVERY level. Programming, promotions, sales, and engineering all excelled at what they did. We took great pride to build and maintain the station at a high level. In engineering, the crown jewel was always to sound the best on-the-air! 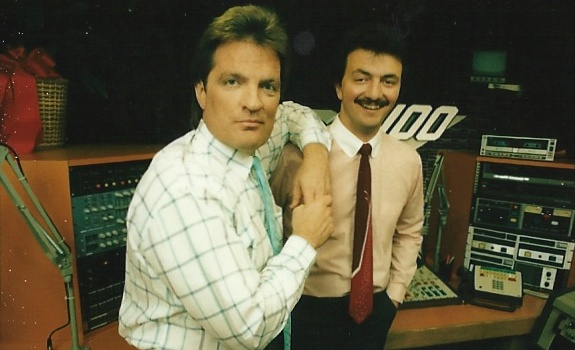 Today, more than 35 years after Z-100 was born on August 2, 1983, I’m still asked how were we able to sound the loudest, cleanest, and the best in NYC, while maintaining proper modulation levels. It was more than just having a killer audio processor chain, it was a dedicated effort to figure out how to sound—engineering and programming working together.

"It was more than just having a killer audio processor chain, it was a dedicated effort to figure out how to sound—engineering and programming working together."—Frank Foti

Whenever I’ve been asked, over the years, about this topic, my answer is: It’s engineering’s job to provide the tools to programming, so they can succeed on-the-radio. That said, there should also be a discussion, where engineering advises programming of where the limits are with regards to the objective goals with audio processing. There were instances, in my own journey, where ‘healthy’ dialog occurred, and sometimes we had to push the limits of the system a bit in order to find where the ‘sweet spot’ was. In most cases, it was worth the experiment and we were able to obtain the goal. Then, we locked it down!

Being able to work alongside programming in this manner, really did establish a tight bond between the two departments. It further enhanced the feeling of victory when the ratings came out, as this was a cumulative effort shared by everyone.

At Omnia, we are here toe help you get the sound you and your program director need to win!

For more on audio processing from Frank and other details from the glory days of Z-100 and WMMS, check out these stories:

Ear Candy #1: What Makes Great Sound? And Why Does It Matter Most?

Clipper Systems, Distortion Cancelling, and Too Many Bands!