In the wild (and sometimes wacky) world of audio processing, there are many variables that contribute to the final result. Many discussions, and debates, have ensued over topics such as wideband or multiband: If multiband – how many bands, analog or digital, use phase rotation or not? EQ – what kind? And the list goes on. While all of these contribute to the final result, there’s one function that actually defines the audio signature more so than all of these, and that is the final section, known as the hard limiter, or clipper.

In short, the clipper performs an important critical function, as it ensures precision peak control in order to avoid over-modulation. This is accomplished by literally clipping off any unwanted peak signals above a specified point. By example, and with the use of a sinewave, if the peak level of the signal exceeds a stated threshold, the excess gets chopped off and the peak has been precisely controlled. The content of the ‘chopped off’ portion of the signal is then distributed within the audio spectrum as harmonic content. While this keeps the FCC, or broadcast authorities, satisfied, it also has a significant effect on the audio with regards to clarity, quality, and LOUDNESS.

Simplistically, when the clipper is driven harder with increased audio level, the result is increased perceived loudness. While all of us would love to have a free lunch, there is a caveat, and that is an increase in distortion. Depending upon the design of the clipper system, this increase can sometimes be audible, annoying, and may result in what’s known as ‘listener fatigue'.

Distortion, as described above, is created when the ‘chopped off’ portion of the signal generates harmonics (multiple tones of the fundamental signals that are peak limited), and these added signals fall within the audible hearing range. In most cases, these harmonics are not friendly sounding, and this is what contributes to the audible annoyance that is heard. This is the same effect as heard when an amplifier is turned up to a point where it just sounds nasty, as if something is broken.

All is not lost however…

In a broadcast audio processor, the key to it all is in the design of the algorithm used for the clipping system. Suffice it to say not all peak limiter algorithms are created equal! While the clipper does generate harmonics, by its very nature, there are processing methods to employ that filter and suppress audible distortion to a point where it’s not perceivable. Many of these techniques have been around for awhile, yet there are certain content segments that have defeated sophisticated clipping systems.

This area of interest has been at the forefront for me, personally, over the last thirty years or so. Much of this work and research began, in the engineering shop at Z-100 (WHTZ-FM, NYC) and continues today. Aside from new discovery in the art, we now possess computational tools that enable processing algorithms, which were at one time, only a pipe dream. 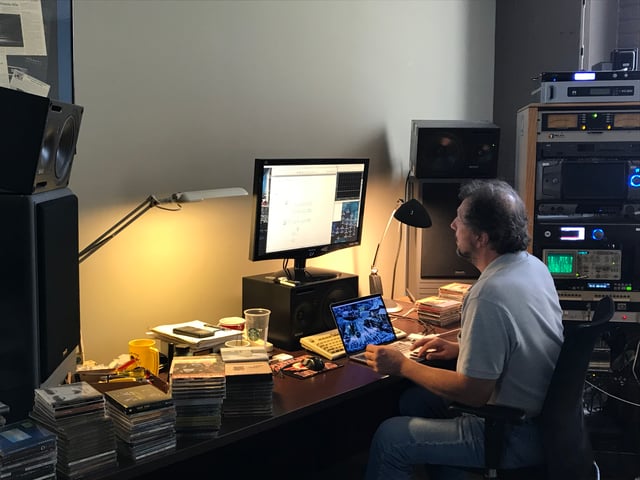 A few years ago, after deep research, we designed, what has been labeled “The Pepino Clipper.” (The name is an affectionate reference to my uncle who lives in Pescocostanzo, Italy!) This new algorithm has the ability to accomplish the clipping function, yet it also self-filters and suppresses audible distortion. Additionally, it will adapt itself to the incoming signal content in order to provide maximum signal quality, while at the same time provide precision peak control.

This results in an increase in average loudness, without additional sonic annoyance. Additionally, this method generates added clarity and detail, which results in the perception of ‘openess’ and impact within the processed audio. One hidden benefit is the ability to reduce the overall amount of dynamic processing, as the clipping system is capable of handling a ‘heavier load'. The result, an open signature with a high degree of clarity/quality and that is very easy to listen to for long periods of time.

This new technique for final limiting is one of the key ingredients inside the G-Force upgrade in Omnia.11, and a big reason why user reaction has been so exciting. There is a variant of this system implemented in Omnia VOLT as well.

This truly is where the rubber meets the road in broadcast audio processing. For reference, systems that cannot provide performance of this caliber must operate with much lower clipper settings, and the result will be lost perceptible loudness. This may be on the magnitude of a few dB, which is significant considering this is a moderate to dense signal, and just one dB in level difference is perceptible.

User feedback of both Omnia.11 and VOLT is proof-positive of the research into what causes annoyance in audio, and more importantly, how to avoid fatigue with your processing. If your on-air processor is not capable of providing a qualitative AND competitive signature, then you probably have wasted your money!

Ear Candy #1: What Makes Great Sound? And Why Does it Matter Most?