"Our outdated Klotz Digital matrix was in need of replacement after 12 years of loyal service. Several options came along as replacements, but in the end, we opted for an Axia AoIP network," says Rob. For Rob and his colleagues, there were several reasons for the decision to update.

"First of all, we believe that Audio over IP is the future for broadcast. It's reliable, scalable, and flexible," Rob continues. "Two years ago, we equipped our network with MikroTik routers and later switched to audio connections based on Livewire+. So it was a logical choice to build on this technique. In addition, the redundancy in the Axia system was decisive. It runs on two servers that can seamlessly take over from each other in the event of a failure."

The flexibility and redundancy at FunX have significantly improved. "Every part has a backup, something we didn't have in the old setup. And in combination with existing network techniques, the availability of the entire broadcast system has become much greater. The units are networkable and AoIP compatible! We can manage our settings and fine-tune our on-air audio using simple browser screens over the network. In one incredible move, both our TV and FM on-air audio processing are up to date!” says Rob.

FunX uses two OmniPlayer systems to play advertising, nonstop playlists, syndicated shows, and emergency audio for all 12 channels. FunX broadcasts on FM in Rotterdam, Amsterdam, Utrecht, The Hague, and nationwide on DAB+. In addition, there are six more theme channels such as FunX Fissa, HipHop, and Latin. A 12th channel is meant as backup, and a third system is set up as a backup for one of these systems. The audio and control is all over IP. A multichannel Axia IP-Audio Livewire+ AES67 driver makes all audio channels individually available on the AoIP network, including GPIO.

The new Axia Quasar also comes into play at FunX, but not the console itself, just the Quasar Engine, which is the center of the new network! The Engine takes care of 12 transmission line mixes, including cross-fades between advertising and investment. The selection of the investment can be made manually or automatically by means of macros from OmniPlayer. Advertising can also be started from the live studios or through automatic programming. In addition, a 'multi-item' can be started from each studio, which can have different content per edition. The network not only provides the right audio at the desired location, but also the corresponding control.

All logic conditions, audio routing, silence detection, and much more are performed through Axia Pathfinder Core PRO. For an overview of all transmission lines, an HTML5-user panel shows the current status at a glance. In addition, for each studio (Rotterdam, Amsterdam, Utrecht, and The Hague), user panels are displayed in OmniPlayer. The current on-air status of the respective studio can be seen and possibly changed.

A contribution system has also been made possible for all broadcast channels from the studios. If a studio is a contributor to a channel, it receives an N-1 of the channel for monitoring of other contributors to the channel. This allows the DJs in the studio to hear locally produced audio on the headphones, along with centrally controlled advertising.

All audio, from OmniPlayer up to the station, is AoIP. Each signal is available as a Livewire+ AES67 stream in the AoIP network and is routed between cities. The systems that do not yet have an AoIP connection are connected by means of Telos Alliance xNodes.

"What I consider most special about this innovation is the transition to the newest techniques. It offers a lot more possibilities than the old familiar ones," says Rob. "The new Axia network works very intelligently thanks to its programmable logic. Many things, such as where the 'now-playing' information can be retrieved from, we can now automate. Modifications and new features are easy to build in without large investments."

The experiences of Rob's colleagues have also been positive. "Our DJs and producers can now keep a better eye on the studio circuits and intervene, if necessary. Listening in on their own shows has also become easier, and everyone can now listen to every station in all studios."

"The Axia network is built entirely to the specific needs of FunX. But that doesn't mean it couldn't work for other stations," says Rob. "Each radio station has its own needs, and this system has the flexibility for that."

Everything stays within FunX's IP network. This means that no expensive audio codecs or sound cards need to be purchased for each audio connection, something that other radio stations still have to deal with. In addition, the logistics around GPIO now also remain within the network, which makes it very flexible. The GPIO flexibility is achieved, among other things, thanks to SmartControl (+ Trigger Upgrade) from Triple Audio. 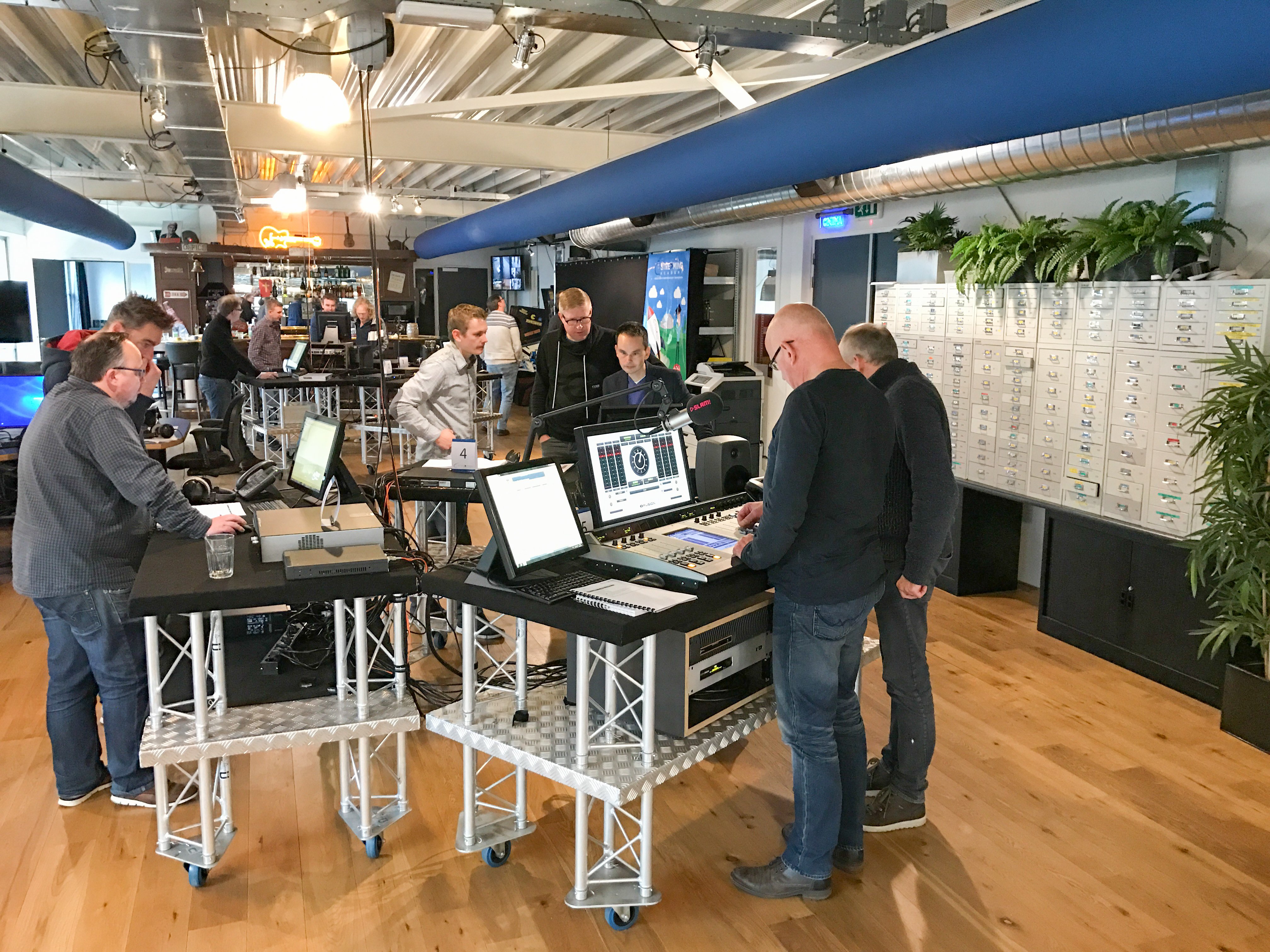 FunX is more efficient and better prepared for the future with Axia. Audio over IP is affordable because it runs on existing network technology. AoIP's flexibility and future-proof nature come from its ability to run on any computer. "It is flexible, affordable, and future-proof. The latter is very important; this technology will still be around in 20 years. It will be available on new computers, but the technology behind it will continue to exist."