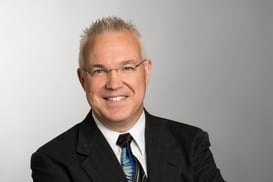 Our story of the origin of Audio Over IP, as told by Greg Shay, comes to an end with Part 3. The idea to share this story stemmed from the occasion of being awarded a technical Emmy by the television industry for the Development of Synchronized Multi-channel Uncompressed Audio Transport Over IP Networks.

Now we had lit the fire, and it started to burn and throw off heat and get attention. We introduced our newly named ‘Livewire’ technology, and Axia product line using Livewire, at NAB 2003, and immediately started getting attention.

The folks from Minnesota Public Radio were so interested, that they brought a laptop right to the NAB show floor and asked if they could capture some packets themselves, to prove to themselves this was really standard IP packets. We said "sure." We had no qualms. Go ahead. I remember them plugging in, crouching down, hovering over their laptop, intently looking, and being satisfied with what they were seeing. (MPR became one of the first major installations of Axia using Livewire Audio over IP).

So the industry immediately hailed the coming of Livewire Audio over IP as the next transformation of the industry, and all competing audio broadcast vendors immediately adopted AoIP…….

Notwithstanding the competition’s pushback, we had lit a rocket and climbed on board. Axia took off, and by around 2008, AoIP was live on air in over 5000 broadcast studios. (That figure stands close to 10,000 studios today.) We had started mining the tip of the iceberg and were following through in a trend-setting industry transformation. An industry desire to embrace general IT equipment and move away from traditional analog and digital point to point cables.

We were also opening the door to what I have said was actually the bigger factor in the adoption of Audio over IP. I’ve posed this as a question to my audiences:

“What is the most important thing that Audio over IP connects to?”

After soliciting answers from the audience, I share my own answer, which is “Software.” AoIP opens the door to the software economy, the software infrastructure, and all the software industry methods.

The broadcast world could not help but to wake up to the new economy of AoIP. Other vendors' solutions began to appear. One, in particular, Ravenna, was so close to our own Livewire technology, that we almost could interoperate without any changes at all. (Recall we had based ourselves on standard RTP packets, using the Quicktime player to do early tests.) Ravenna made the same reasonable choices, and on this basis, we started working together to promote vendor interoperation as the next big thing for the industry. Andreas Hildebrand of ALC NetworX was and continues to be a tremendously positive evangelist for Audio over IP. He was that kind of partner, pulling in your direction, you want to have.

It is the classic strategy of using the so-called ‘network effect’ to create bigger market pie, of which each vendor then gets a larger slice. Rather than to have the industry descend into the hell of vendor wars, this was a conscious decision inside Telos. And it turns out, just the beginning of the next phase of the story.

"We wanted a successful and usable standard to come out of this. Not to die in committee, nor to publish something that would not get picked up for practical use."

Even with the cooperation between Livewire and Ravenna, other vendor variations of AoIP appeared. It was time to take it to the next level, to create a by-the-book, published industry standard. We wanted to take our weight of field experience and installed base with Livewire, as a force behind the push for a standard. But how do you actually do this?

Steve approached Kevin Gross, the inventor of Cobranet, in the fall of, I believe, 2008 and started the conversation about how a standard might get created. Kevin liked the idea, and fundamentally thought the method of using standard RTP was the right choice. He was agreeable to working with us to get the formal process started inside the Audio Engineering Society, to draft the new proposed standard, and to chair the committee that was to be formed, called AES X-192.

The draft of the new X192 standard took as a baseline requirement to only use existing, proven methods. This was not to be a blue sky-inventors fishing trip. This was to codify what was working into a standard. The RTP packet common basis of Livewire and Ravenna, was a strong foundation, and PTP for sync, was already proven by 2010.

The committee attracted much interest, many active participants, and many registered as interested parties (over 100, to my memory). The active committee worked through many issues and many drafts, with an expected amount of pushing back and forth. But amid all the competitive perspectives, we managed to keep in view the common goal.

In one specific case, a choice was made to be equally unfair to all vendors. How’s that for a politically difficult, but astute move (kudos to Kevin!). The actual reason for the choice of the 1ms audio packet size as the one AES67 required interoperable stream profile, is because none of the vendors already had 1ms implemented. It would be new work for everyone, and thus favor no one.

We wanted a successful and usable standard to come out of this. Not to die in committee. Nor to publish something that would not get picked up for practical use. There are many ‘dead standards’ fully worked out, published, and … ignored. 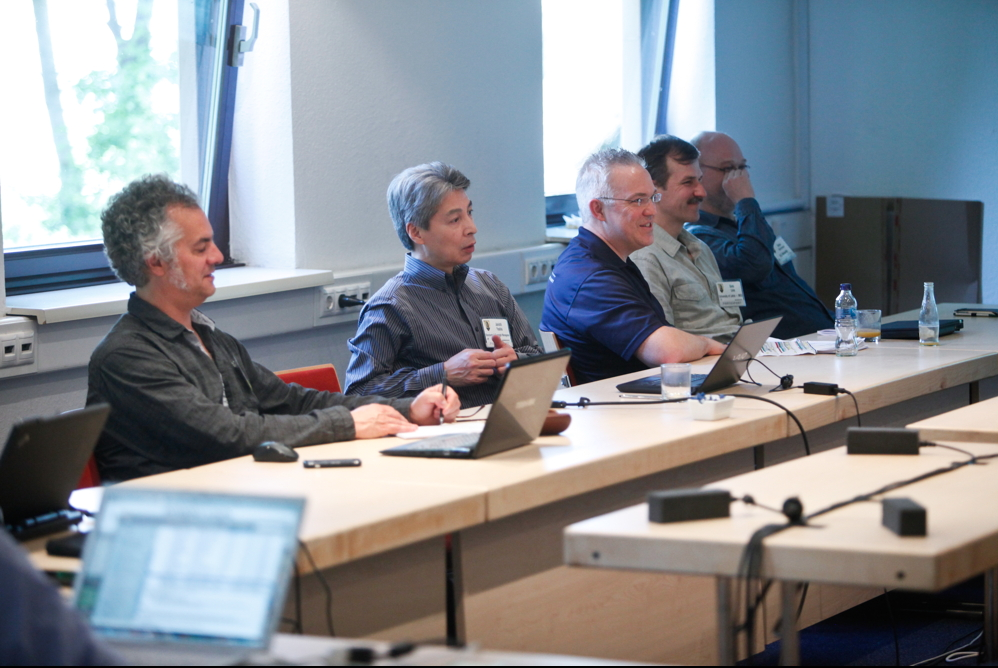 So it was to be on the not-so-auspicious date of Sept 11, 2013, AES67 was published. Those of us creating it, let out a breath of relief. We were done... or so we (I at least) thought. Little did we know that if your standard-baby was not to lie ignored, the work of promoting, educating, explaining, and furthering the new standard was just beginning.

And AES67 took off. Plugfests were well attended, where vendors got together and tested with each other. Some of us ‘old hands’ were there who had been doing AoIP for over 10 years, together with those trying Audio over IP for the first time. But the atmosphere was always one of cooperation and building common strength. Again, this was the ‘network effect,’ that the value of something goes as the square of the number of connections it has.

In early 2014, someone poked me in the eye. The news came out that there was a statement of possible intellectual property claim rights over AES67. Wow, that made my head swim. We had been thoroughly over the intellectual property basis of our own Livewire patents with the US and European patent offices, and I knew how we had to narrow our own claims of the invention, in view of the prior art in RTP, VoIP, PTP and the many other sources that went into Audio over IP.

When a standard is brand new, it is vulnerable until it gains the trust and faith of being a good standard so that others in the industry commit to it. This was a really bad time to have doubt cast on AES67.

I felt I had to stand up and say something. I drew up a public press release, consulting with our promotions and our legal team, carefully worded to get the point across that “AES67 was safe.” Everything in AES67 was safely all in the prior art. I had the opportunity to make the statement publicly in person as well, at the spring 2014 AES convention in Berlin. I was called out by a member of the audience. “AES67 is safe” was my message.

Did this action make any difference? It’s one of those unknowable things. What might have happened without this little piece of defense of the new AES67 standard? All I can say is that no one has ever been sued for using AES67, and indeed it has caught on, grown, and attracted practically universal adoption, having increasing impact and influence.

And then… even SMPTE joined up. 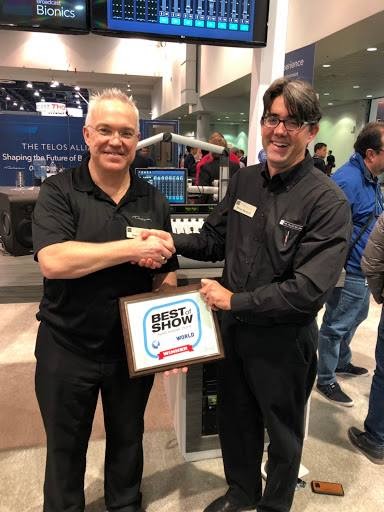 "The tech that just keeps on giving..” - Greg Shay and Milos Nemcik

Remember.., audio over IP and AES67 grew up in radio. You have to go waaaay back to the roots of early broadcasting, the era of vacuum tubes and high voltages, to find the last time radio bequeathed technology to television. You could say television forges ahead with new and better technology at the speed of the spectacular. Which has to be excitingly fast, or it’s not entertaining.

But the radio industry knows, and from time to time reminds TV, that the audience is listening.

“Video Killed the Radio Star” they sing, but AES67 holds no grudge. When SMPTE chose AES67 to be SMPTE 2110-30 audio for TV production, I knew our ship had finally landed, and we had made our dent in the universe.

If you examine the new SMPTE 2110 standards, you will see SMPTE adopted more than AES67 for the audio part. SMPTE 2110 embraces yet again the same fundamentals as AES67, and Livewire, back to those oldie-but-goodie RTP IETF RFC’s for media streams. What is old is new again.

So that’s the end of the story of the long and winding road of 20 years of Audio over IP. Coming from fertile ground sown in the 1990’s by the future-thinking internet folks, taking the long way around, as compute power and network speeds finally caught up to fulfill the long-held promise of possibilities. Standing on the shoulders of those giants, we had to tap into those roots, fill in the gaps, and follow through with a standard q.e.d.