In these turbulent times, keeping the FM airwaves free of offensive material is more important than ever before. Media Max, one of Kenya’s largest broadcast networks needed a robust, networkable profanity-delay solution to keep the content on their six radio stations free of questionable or profane content.

Media Max therefore turned to Telos Alliance and its Program Delay Manager (PDM)  from 25-Seven. This unit delivers easy-to-use front panel controls, designed for the rigors of radio with all the sophistication hidden in a 1RU enclosure. 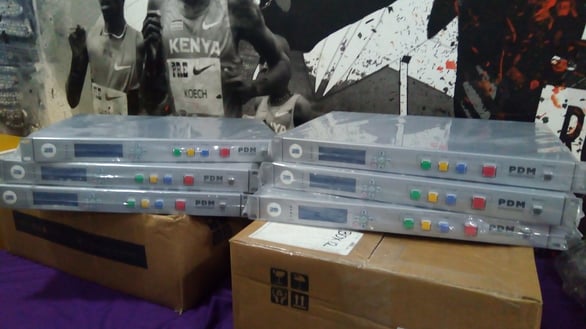 “The PDM is the natural choice for media networks in our position: It is not only affordable and ably supported by the AVC Group here in Kenya, it is also a well-engineered, easy-to-use product that does its job transparently.

The unit is networkable, AoIP compatible and can send a notification email whenever the DUMP button is pressed, to keep Programming Managers in the loop of what is happening in the studios.

Most of all: Navigating through “set and forget” parameters is a breeze with the unit’s built-in web server. We can change our settings, upload audio files and manage the PDM’s dump archives using simple browser screens…over the network. This unit has answers for everybody!”

To talk to someone about installing PDM in your own facility, fill out this form.