“Our number-one goal at Telos Alliance is to deliver broadcast products that make our customers’ lives easier and audio better. What we are most proud of with these three wins is that the two products recognized were both designed based on extensive customer and partner feedback,” says Marty Sacks, EVP of Sales, Support, and Marketing for Telos Alliance. “Quasar SR, for example, takes our flagship Quasar XR console and provides an alternative console surface based on customer demand for a console with more streamlined controls without sacrificing power, scalability, or features. Likewise, Infinity VIP was developed to meet the specific request and needs for a cloud native communications system. There is nothing like this available anywhere, and people are telling us the time is now for this functionality.” 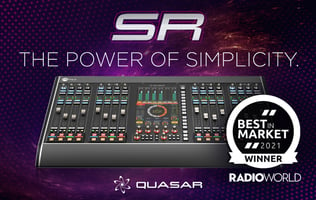 Axia Quasar SR AoIP Console delivers all the power, ergonomics, industrial design, and star appeal of Telos Alliance’s flagship Axia Quasar XR console, but its streamlined surface design makes it more approachable to any board operator. For example, Quasar SR uses the same frame, power supply, and master module as Quasar XR, but the fader modules are non-motorized, and there are fewer, larger, and easier-to-reach buttons on each channel strip. Additionally, LED meters feature Confidence Class Metering only. 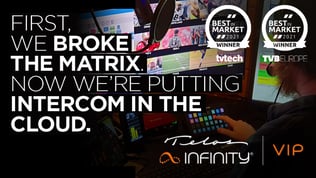 Interested in learning how Quasar SR or Infinity VIP can work for you? Send us a message and our team will help guide you in the right direction for your studio.