REMI has changed dramatically since pre-pandemic days. Martin Dyster takes a look at what has changed and how the evolution inspired a new Virtual Intercom Platform. 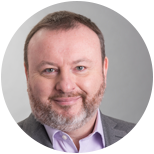 REMI workflows in Sports Production have been around for more than a decade. Broadcasters like NBC Sports began by trialing elements of their Olympics coverage remotely, and ESPN experimented that way too around the turn of the previous decade. And to obvious benefits: Some of the crew members who would have traveled to the venues were left at headquarters, eliminating travel expenses and reducing onsite expenses, but using equipment that was already paid for and installed back at HQ. At the time, cost efficiency was the biggest motivator for REMI productions. Since those early days, much of the technology has adapted and matured. We now have the ability (and the bandwidth) to make connections between the remote location and headquarters and don’t think twice about it, even from one side of the world to another.

On March 13, 2020, the English Premier League stopped, and, around the world, almost all sports followed suit. Optimistically, the EPL said they would come back within a month. They did come back, but three months later in June 2020—minus the crowd and with a dramatically altered production workflow. After the pandemic, almost all Sports Production was forced to adjust to a REMI model. But unlike before, the production teams were not split between venue and HQ. Many team members (whether they be Anchors, A1s, Producers, Editors, or Directors) were not centralized in control rooms at headquarters. Now they were camped out at their dining room tables, squeezed into spare bedrooms and garages, broadcasting remotely using cobbled-together systems, often via the domestic internet and crossing their fingers that the show would go on uninterrupted. 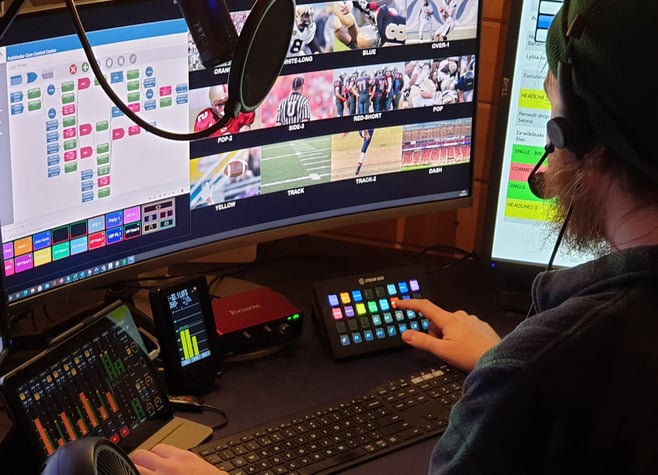 Everything had changed so rapidly, but broadcast technology was not necessarily ready or optimized for this new workflow. REMI systems used for the at-home model had to evolve quickly, often with an element of compromise, which was sometimes felt by the viewer. Broadcasters bent the technology to assuage the viewer's need for normality, bringing live sports back into our homes during an exceedingly difficult time for us all. As the situation dragged on, content providers started to look more closely at cloud and virtual solutions and asked vendors ‘What is the state of the market?’ and ‘How can you help me with this?’

"After the pandemic, almost all Sports Production was forced to adjust to a REMI model. But unlike before, the production teams were not split between venue and HQ. Now they were camped out at their dining room tables...broadcasting remotely using cobbled-together systems..."

Intercom is one area of broadcast technology that came under the microscope very quickly as the new REMI model emerged. Most broadcast Comms are matrix-based. Although the existing technology supports remote connectivity using VoIP between panels and the central matrix, or software panels that connect back to the core, very few products on the market break this model and support a distributed and decentralized workflow. Telos Infinity is one such product. There is no central matrix: Infinity comprises a network of distributed panels and beltpacks that can be interconnected locally or remotely over WAN and VPN.

Telos Infinity went a long way towards meeting the needs of the emerging REMI production model. However, broadcasters wanted more—a virtualized intercom that was scalable and agile, deployable from multiple locations: at home, at the venue, and at headquarters. Furthermore, users needed the means to integrate communications seamlessly with their on-premises hardware and cloud-deployed software production subsystems using a non-proprietary and standards-based solution.

Within a matter of months from inception in mid-2020, Telos was able to develop and demonstrate a proof-of-concept beta version of Infinity VIP Virtual Intercom Platform in late 2020. Meeting the broadcasters’ exacting needs for a pure software-based communications system, VIP is a fully-featured broadcast intercom that can be rapidly deployed in the cloud or on-premises, integrated with existing broadcast subsystems, whether hardware or software- based.

VIP also enables a SaaS model that is ideal for event-based broadcasting like Sports productions and allows content producers to pay for only what they need when they need it. Opex versus Capex. It gives production teams the flexibility of having an Intercom panel instantly deployed on any device with a compatible browser (HTML5 / WebRTC), and with the option to use a tactile hardware controller like Elgato’s Stream Deck. While there are a few Cloud Intercom systems available, they do not deliver the REMI features needed for robust Sports production—things like limitless external four wires, IFBs, Groups, and Partylines. Furthermore, VIP virtualized intercom not only enables these important aspects of a REMI production, but allows broadcasters who still use matrix-based systems to extend their existing systems into the cloud by adding Infinity VIP’s distributed decentralized technology using AoIP or VoIP gateway connections.

"Telos Infinity went a long way towards meeting the needs of the emerging REMI production model. However, broadcasters wanted more—a virtualized intercom that was scalable and agile, deployable from multiple locations..."

When Covid hit, it changed our entire outlook. In a short time, we’ve managed to adapt to it, building hybrid models of our familiar workflows by repurposing equipment from headquarters, altering how we work at the venue, and embracing remote operations. Before the world changed in March 2020, even broadcasters controlling their own destinies, like ESPN, produced thousands of events a year covering everything from marquee sporting events to local college and even fringe high-school sports. Each production has its own specific set of technical challenges. New REMI solutions that combine cloud and virtualization will make it so much easier. With virtualized intercom, instead of being tied to matrix-based comms, you can now deploy individual software intercom panels that are an integrated part of the production system, wherever and whenever you need them.

We look forward to virtualizing even more intercom systems as the world opens up and goes back to an even better ‘normal’.

Are you ready to take the next step toward Virtual Comms? Send us a message and our team will help guide you in the right direction for your production.