Hear What's Next in IP Audio Innovation at InfoComm 2019

Traditionally, Telos Alliance has been known for broadcast audio products, but our IP Audio solutions have applications beyond broadcast. And that's what we will show InfoComm attendees at this year's show, delivering new capabilities to pro AV workflows. Visit us in booth 7083! In the meantime, here's a sneak peek of what we have on tap.

As the pro AV industry moves towards adopting broadcast standards, the Telos Alliance is leading the charge by implementing those standards into its solutions. In fact, Martin Dyster, Telos Infinity Project Director, will be giving presentations on this very topic with “SMPTE ST2110 and Intercom,” at AIMS Booth 375 at 1:45 PM, June 12 and 13. You don't want to miss Martin's talks!

"More than ever, customers are demanding solutions over products and partners over 'manufacturers'. As IP workflows have become standard in the pro AV industry, the Telos Alliance—with its long history in the development of IP audio and reputation as globally recognized audio experts—is uniquely positioned to deliver solutions that address this market's needs, including communications and mixing built on an IP backbone," says John Schur, President of the Telos Alliance TV Solutions Group.

Telos Alliance invented AoIP for the broadcast market, but the utility of its award-winning Infinity matrix-free IP intercom extends beyond market borders into the Pro AV space, with applications for House of Worship, Esports, Corporate AV, Education, Hospitality, Live Venue, Security, and more. Updates to the Telos Infinity IP Intercom platform include Infinity Link, which seamlessly extends Infinity's reach and usability by providing site-to-site connectivity over WAN and the Internet. Direct communication is no longer bound by the speed of a dedicated network, effectively bringing the rest of the world directly into the matrix-free Infinity ecosystem. Built on the latest standards-based VoIP and Livewire+™ AES67 AoIP protocols, this design provides more capacity as the system grows, eliminating previous concerns about running out of ports on a matrix.

Also new to the Telos Infinity platform and designed for intercom systems of all sizes and applications is Infinity Dashboard Advanced. This optimized configuration and system management tool has an extended feature set, including SAP/AES67 advertising and discovery and offline configuration, unlocking the full potential of the Infinity matrix-free IP Intercom System. 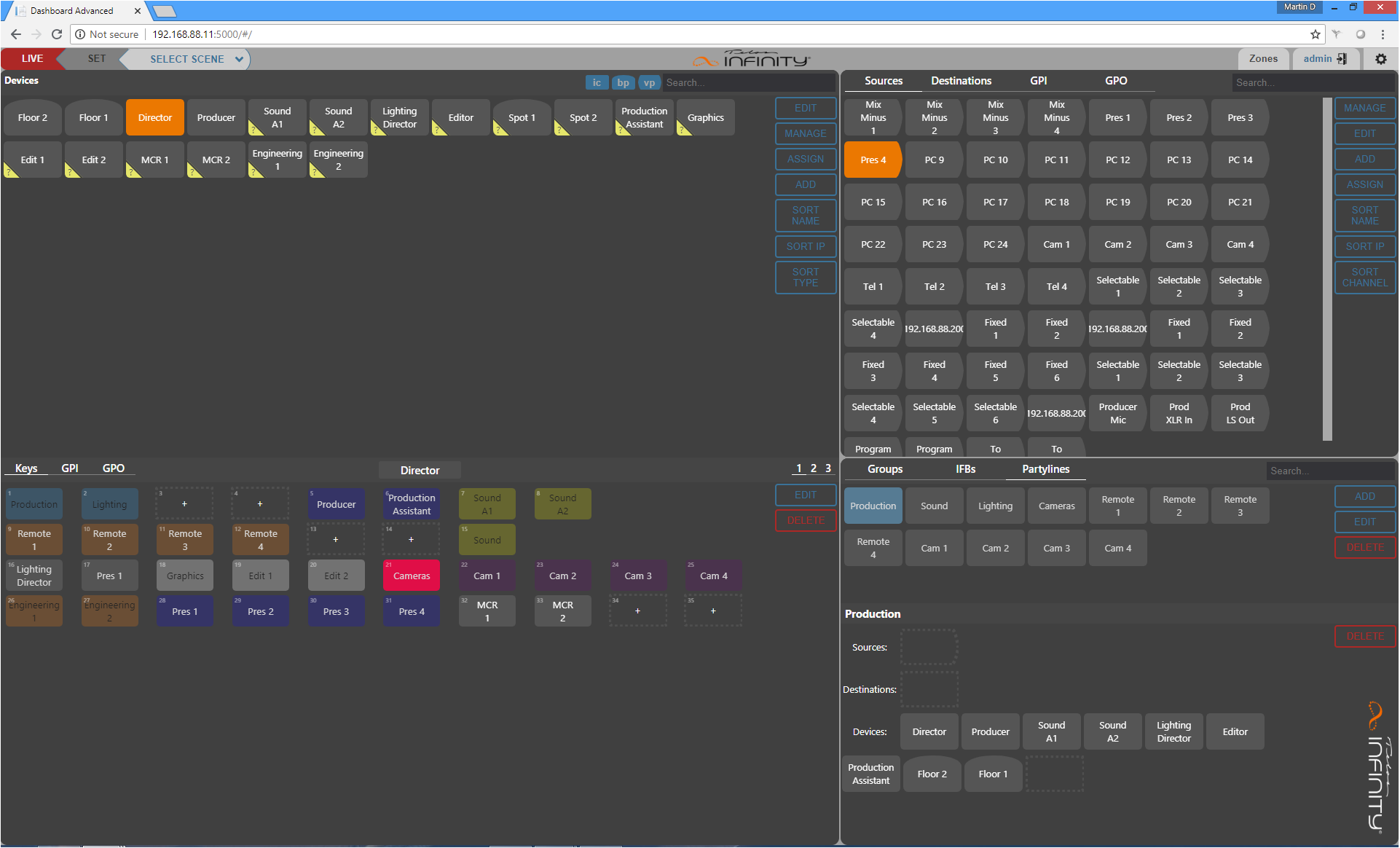 The Telos Alliance will also be demonstrating IP Audio Mixing Solutions at InfoComm, including the new Axia iQx IP audio console, which uniquely combines a surface and mix engine in a single unit. This approach makes the iQx far easier to set up quickly, piggybacking off existing network resources. iQx is great for nontraditional audio setups, such as a temporary studio for a special event, mixing remote audio, as a backup TV console, and more. Designed for AES67 and ready for SMPTE ST 2110, iQx is standards-based, allowing AV integrators, installers, and consultants to bring in sources from all over the world. Control is not just a local thing either, as iQx can be controlled from the remote site.