Recognized for 'Groundbreaking Ultra HD at the Tokyo Olympic Games,' Telos Alliance has been listed as an official technology partner for NBCUniversal in their acceptance of the IBC2021 Special Award! This award was presented for NBCUniversal's "technical work around bringing the Tokyo Olympic Games to its audience and offering them the chance to enjoy live action in Ultra HD: 4k resolution, high dynamic range colour and Dolby Atmos sound." 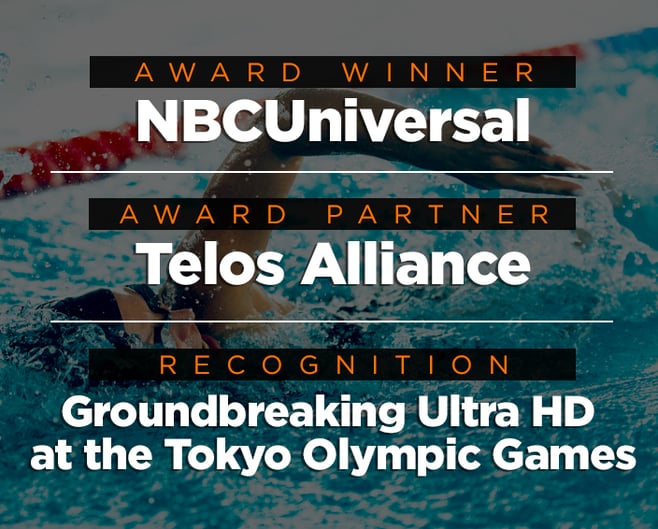 The IBC2021 Innovation Awards, held on November 23 on IBC Digital, focused on celebrating industry collaboration and innovation. As part of the award ceremony, IBC2021 chose to present a special award to NBCUniversal for its successful technical work at the Tokyo Olympic Games, leading the way for single-stream production workflows in sport.

IBC expressed, “NBCUniversal covered the whole content pipeline, from acquisition and management of 4k content in the HLG colour space to a new version of its Skypath distribution system, that distributes to more than 200 local TV stations. Just in time for the Tokyo Games, this provided the means to send localized, full 4k, HDR, Dolby Atmos Ultra HD to 70% of the US, without the need for expensive technology upgrades in each facility.”

Credited as an official technology partner for NBCUniversal at the games, Telos Alliance contributed several key pieces of equipment. Linear Acoustic® UPMAX® ISC, UPMAX v4, and UPMAX plug-ins were used to upmix content to 5.1 and 5.1.4. Linear Acoustic LA-5300s were used for encoding Dolby AC-4. Of these, the UPMAX ISC and the LA-5300 were used with Dolby Atmos. The UPMAX v4 and the UPMAX plug-ins were used to create 5.1. Telos VX®, Telos Alliance xNodes, and Telos VSet12s were put in place to put callers on air if necessary. 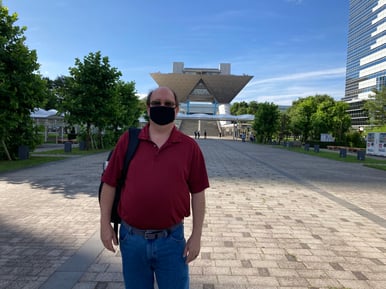 Attending the Tokyo Olympic Games and providing on-site technical support in person was Telos Alliance product manager Larry Schindel who shared, “It’s a true honor and pleasure to be an NBCUniversal technology partner and to be able to work so closely with them on the Olympics and other significant productions. It was very generous of them to include Telos Alliance in this prestigious award, and we thank them for this. Congratulations to NBC on this well-deserved award and for bringing the Olympics to life for viewers at home. We look forward to our continued relationship and working closely with them on future events.”

Interested in learning more about the Telos Alliance products used in the broadcast of these Olympic Games and other similar TV audio solutions? Check out our TV Solutions page or send us a message and our team will help guide you in the right direction for your studio.

In-Depth Conversation on ATSC 3.0 with President of ATSC, Madeleine Noland