Broadcast Trends to Watch This Year

2019 is moving fast. As broadcasters, it's important to be aware of the way the industry is trending and how these trends translate into your own facility operations and, ultimately, the overall performance of your broadcast content. We captured takes from some of the top minds here at Telos Alliance on what they expect (and hope) to see trending throughout the rest of the year.

Growth of the ’smart' IP based broadcast infrastructure will be huge. This includes the television repack and the ‘AutoMagic’ facility that enables easy broadcasts from anywhere, be it permanent or temporary.
We also will be keeping our eye on the continued growth of streaming.—Frank Foti, Executive Chairman

AoIP Across All Audio Workflows

The industry continues to adopt AoIP across many types of audio workflows—Radio, TV, Streaming, File-Based—all kinds of media creation utilizing many different architectures. We think the future is bright, exciting, and incredibly enabling to the industry. We’re loving the discussions we’re having on this topic.—Marty Sacks, VP of Sales, Support and Marketing

Given the continued increases in streaming vs. OTA radio, I would hope audio quality (as it relates to streaming) will be a subject more people take seriously and take time to learn more about.—Paul Kriegler, Radio Processing Sales Specialist

We believe that in 2019 we will see a continued growth and influence of Podcasting as a new broadcast platform.—Cornelius Gould, Chief Engineer

Broadcasters will promote their presence on Smart Speakers. Billboards will be one way...

RDS on FM will finally be almost everywhere.  Broadcasters MUST do this... 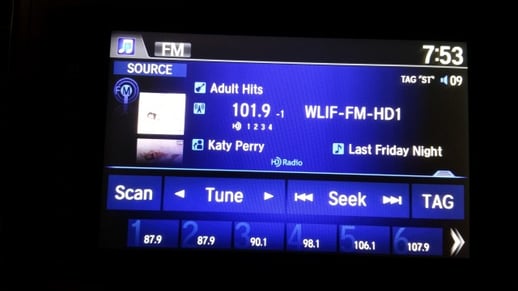 More broadcasters will experiment with and implement these technologies:

In 2019, the conversations will gain momentum about podcast audio processing, virtualization of content processing for both file-based and playout, and OEM audio processing not just as modules, but encapsulated packages of microservices.—Jayson Tomlin, Marketing Strategic Director

The new television standard, ATSC3.0, will be gaining momentum in 2019, with many channels coming online that support this spec. Telos will be there with products that support Next Generation Audio, including immersive and interactive audio features delivered through Dolby AC-4 and Fraunhofer MPEG-H codecs.—John Schur, President, Telos Alliance TV Solutions Group

2019 should see more broadcasters moving to virtualized software-based processing, where audio, video and metadata are routed through a plant over IP networks, and flexible network attached processors perform the tasks that used to be done by dedicated hardware units.—John Schur, President, Telos Alliance TV Solutions Group

The future for audio, while never entirely clear, is bright and full of cool things to make your broadcasting jobs easier. Whichever way its path twists and turns, the Telos Alliance will be there with it, helping to guide it in the right direction and inspire those that follow.

Why We Fell in Love with Radio