Ask the Omnia Guy: Why Does My Station Sound Distorted? | Telos Alliance

Ask the Omnia Guy: Why Does My Station Sound Distorted?

Why does our station sound distorted compared with a station using an Omnia.11? We’re a Country station and we use analog composite STLs and an Omnia.6.

Thanks for the detail. Shooting from the hip, it could be anything. But you mention your format is Country, so let me dig into the obvious.

Pictured below is virtually 100% of the music that is handed to you by the major record labels servicing the Country format (should you open one in some type of workstation): 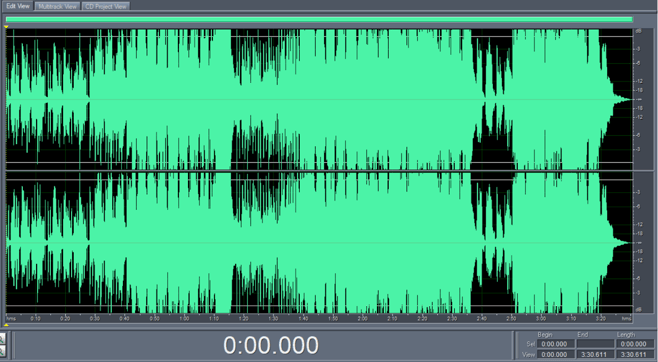 Some will look even more dramatic than this, appearing much like one giant brick of waveform, beginning to end. I’m showing this to you because your Omnia.6 lacks something you’ll find in the Omnia.11, Omnia.9 and Omnia.7: Declipping or “Undo.” And that’s a biggie.

The folks that master a lot of this music have figured out, for CHR, that leaving some headroom in their mixes allows the bass to come out in the mix much better. Country, however? Not so much. A lot of what I hear released to Country sounds clipped and distorted right in the source file itself.

That said, your Omnia.6 can still deal with this mess. You can try a preset like “Cosmic” in your old Omnia.6 and see if it smooths things out a bit.

Other places in your chain you can look: Check your path. Is there excessive pre-processing taking place before the 6? Is it possible you have levels set incorrectly somewhere, such as clipping in a distribution amp—or node—somewhere? Is your STL shot introducing overshoots or distortion?

I might suggest going step-by-step in your airchain to see at what stage the distortion presents itself.

In the meantime, if you want to try a more modern processor, let me know. We have demo units with Declipping and Undo ready for a free three-week, no-obligation tryout. Contact me here.

Ask the Omnia Guy: How Do I Get the Same Sound from my Omnia.6 on my 9?