Declipping 101: How to Open Up Your Sound | Telos Alliance

Declipping 101: How to Open Up Your Sound

“The times have changed” has been a common phrase used to describe most parts of the technological world, and this is no exception to the world of sound. Today, music that is being released bares very little sonic resemblance to what has been released in the past.

The year was 1999. I was a program director for KEDJ (an Alternative station) in Phoenix, where I first noticed the trend of clipping and brick wall limiting affecting the sound of my radio station. It seemed to me like the songs the labels were releasing had already been run through an FM audio processor. And in some cases, this was absolutely the case. While I hadn’t seen proof myself, I have it on pretty good word that audio processors from the “big 3” manufacturers had been used by mastering labs and recording studios to simulate their product on FM radio and to master the music itself.

Just like the loudness wars we’ve seen in radio over the years, with the advent of digital media and the current state of competition among record labels and artists…the music industry has entered its own loudness war. Music has been continuously increasing in volume levels since around 1998, which comes at a cost. That cost is the reduction of dynamics and the presence of clipping…which causes clipping distortion. This clipping distortion becomes much more audible when fed through an FM broadcast processor.

Originally designed as a VST plugin, Perfect Declipper was born early this past decade, authored by Hans van Zutphen. It made its way to the world of FM audio processors in 2012 when the Omnia.9 was released as: “UNDO.” It was later also released in the Omnia.7 and as an upgrade to the Omnia.11 as “Perfect Declipper.”

It restores dynamics. It can “open up” the sound of an FM processor. Any station that plays contemporary music could benefit from its effect: a noticeably more-open sound on most songs.

Another reason is that it has streaming benefits! Low bit rate codecs used by many stations around the country will ring or audibly exaggerate the clipping distortion found in many modern recordings. Again, declipping helps take the edge off. It’s why you’ll find Undo in our premium streaming option: Z/IPStream 9X/2.

While it’s true that not every recording can be “rescued” or made to sound better (which depends solely upon how it was mastered or produced), there is a definite sonic difference you can hear when turning the feature on or off inside one of our Omnia processors.

Here is a look at declipping in action. Before (top image) and after (bottom image): 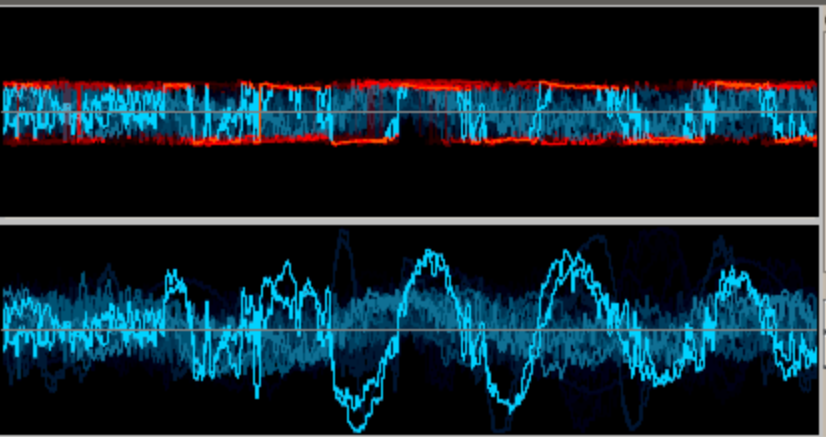 Omnia has the only audio processors on the market with this game-changer: UNDO and Perfect Declipper. While other manufacturers might say that the feature is unimportant, we invite you to try one of the latest Omnia processors and judge it for yourself.

The New Frontier of Audio Design