Tell us a little bit about your role at Harvest Ministries and your work there with the KFM Network?

I had the pleasure of founding this radio station in 1997 and have been at the helm throughout the years. I am both the President and the GM.

How much of your studio operations are already virtual?

We have two main studios and two smaller studios that are all linked to our main studio in Sudbury. With the installation of the iQs, our team can control the entire network as if they were in our main studio (no matter where they are located). In fact, with a couple of tablets and a good codec, we can both broadcast a live show - and operate the entire 13 station network from the comfort of anywhere.

"...iQs offered us cost-effective solutions for the short term - and flexible growth options for the long term."

What prompted the purchase of Axia iQs for KFM? Were there any particular problems you were trying to solve?

For several years, we have had our morning show staff use codecs to send their voices to Sudbury, where we mix the show and send it to the network. They could do everything except control the mix of the show. The faders were preset on our console - but no way to control them or introduce new features. We began the search two years ago to find a solution that would give them - or anyone - complete control over the studio mixer from a remote location. There were several options to choose from - but we not only wanted to be able to control faders and levels - but we wanted to do away with a physical console altogether. Covid hit the world - and having the ability to have our entire station in the digital and virtual domain became a necessity. Axia offered several solutions to this - but the iQs offered us cost-effective solutions for the short term - and flexible growth options for the long term. While it can be used for something as simple as a newsroom virtual mixer, we are using this amazing little tool to run three independent radio stations which broadcast to 10 repeater locations! 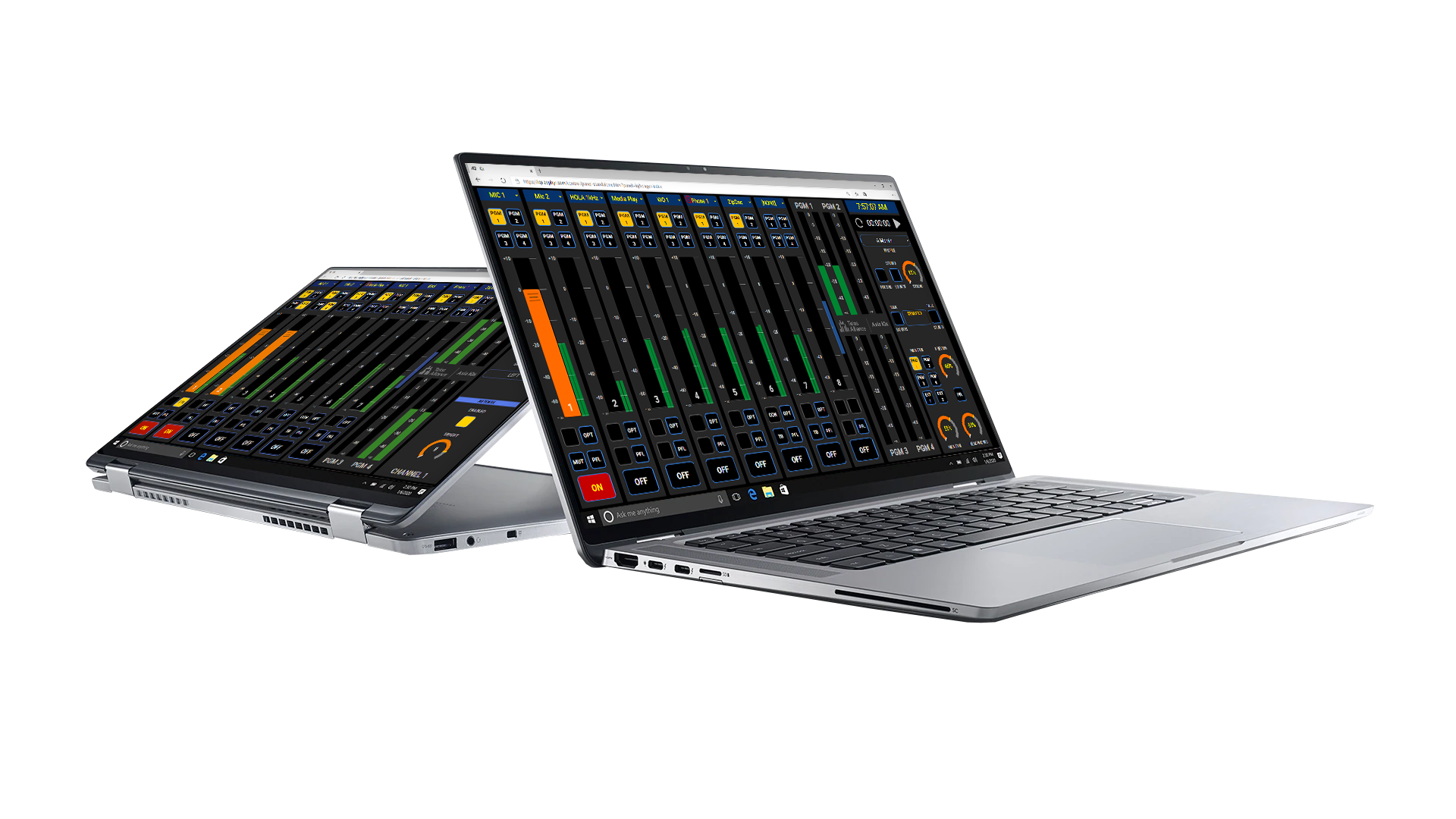 So now that you’ve had some time to use iQs, what has the experience been since it’s been implemented? How have things changed?

Using a first-generation product is always exciting. As I have mentioned, the possibilities this equipment offers is beyond any expectation we had. We keep on discovering ways to improve and streamline our delivery of programs and improve the quality of that delivery. Because everything remains in the digital domain, we can deliver the cleanest signal possible to our listeners. In the past, we would have to run to the station on a weekend if someone left a fader on the console in the wrong place - or just left the channel turned off altogether. Most of our weekend programming is automated and comes from various sources, and used to be subject to the fader positions. Now, if by chance a fader was left in the wrong place - we can use a laptop or a cellphone to correct the issue quickly. Having command of our music systems, on-air programming, and a virtual mixer from any remote location has finally allowed us to have complete control over the network.

"The best feature is that you don't need a rocket scientist on staff to set this up!"

Any favorite features so far?

The ease of setting up this system, the friendliness of the xNodes, and the simple layout of the virtual console have been amazing. The best feature is that you don't need a rocket scientist on staff to set this up! The confidence meters on this system are a great little perk as well.

There are so many benefits that come with virtualization. Is there a particular benefit that’s been most important for you and the KFM network?

The ability to have several operators on the system all at the same time is wonderful. For instance, the talent may be doing a live interview with an artist, and they get so wrapped up in the content of the interview - they happen to overlook that the audio levels of the artist are way too low. Any one of us can reach over (on our remote laptop or cell phone) and quickly adjust the fader level without the talent even noticing. This is so much better than the days of running down the hallway to the studio and adjusting the fader on the mixer during the middle of an interview.

Does this decision to implement iQs have any more significant implications for further virtualization for the network moving forward?

Absolutely. This system offers so many advanced features (that we have yet to use) that will be vital to the network's future growth. Covid has introduced many challenges to the broadcasting industry - but iQs is offering many solutions. We will have the ability to re-think how we create and deliver programming, and how we execute and produce live shows. Having the ability to control everything from anywhere - opens a world of possibilities: a radio station - and a radio network with no walls and no limits.

Interested in one of these Telos Alliance offerings? Send us a message and our team can help guide you in the right direction for your studio.