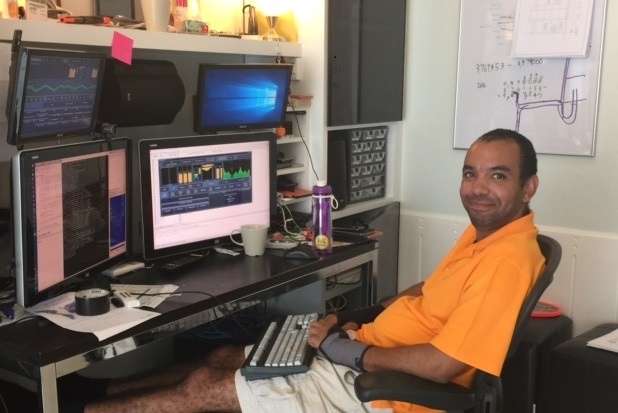 Leif’s Got Something Up His Sleeve for IBC 2017!

Audio processing guru Leif Claesson may have been quiet the last several months, but that’s only because he’s been extremely busy making Omnia processing better than ever. And he’s definitely got something up his sleeve for Omnia at IBC 2017.

For those of you who don’t know Leif, he has been a part of the Telos Alliance family for 14 years. His many accomplishments include various proprietary technologies incorporated into the products of Telos Alliance’s Linear Acoustic, the worldwide leader in television loudness control, as well as Omnia products with the creation of the popular Omnia.9 audio processor, the Omnia.7 line of audio processors, and the Omnia.9sg stereo generator. Leif also contributed to the Z/IPStream 9X/2 streaming software. All of these products include acclaimed features created and engineered by Leif. He designed Omnia’s proprietary “Undo” technology, which removes distortion from poorly mastered source material. His legendary Psychoacoustically Controlled Distortion-Masking Clipper restores life to music, adding extra loudness and further reducing distortion.

Here, I sit down with Leif to get his take on some of the upcoming reveals he’ll be making at IBC 2017 in this short Q&A.