A television engineer once told me that he’d been in the industry long enough to remember when audio was the simple part of TV: “If you turned up the volume and heard sound, you were all set.” The transition to DTV changed all of that as broadcasters wrapped their heads around multichannel audio as well as loudness and compliance issues, and now the emergence of immersive audio and the deployment of ATSC 3.0 has introduced an entirely new television audio lexicon. We thought it might be time to help untangle the ball of TV audio twine.

END_OF_DOCUMENT_TOKEN_TO_BE_REPLACED

At IBC, we are working with Fraunhofer IIS and its technology partners to deliver a reproduction of the MPEG-H Next-Generation Audio (NGA) trial that took place at the 2019 Eurovision Song Contest with the European Broadcast Union (EBU) at the Fraunhofer booth B.80, Hall 8. Together with Solid State Logic (SSL), ATEME, Jünger Audio (now distributed worldwide exclusively by the Telos Alliance), Telos Alliance and Sennheiser, Fraunhofer IIS will showcase an end-to-end transmission chain for MPEG-H Audio content at Europe’s major broadcast industry event. Here, visitors can experience production, transmission, reception, and playback of immersive and interactive sound.

END_OF_DOCUMENT_TOKEN_TO_BE_REPLACED 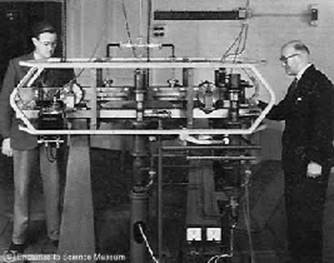 Can I Use You as a Reference?

Everyone knows a bad reference can cost you a promotion or a job opportunity, but it can also be the source of frustrating intermittent television audio problems.

The widespread use of embedded SDI signals in lieu of discrete AES I/O makes dealing with clock reference a bit easier since the reference is an inherent part of the SDI bundle, but it doesn’t eliminate clock-related issues altogether.

END_OF_DOCUMENT_TOKEN_TO_BE_REPLACED

Building on insight and history in the television broadcast industry, The Telos Alliance created a new division to focus on the expanding needs of the TV audio market. Titled the “TV Solutions Group” (TVSG), the knowledge and resources of the two Telos Alliance TV brands, Linear Acoustic and Minnetonka Audio, are combined to provide a wide range of products, solutions, consultation, and custom development. Read more about TVSG here.

Here's the first of many TVSG tech tips:

END_OF_DOCUMENT_TOKEN_TO_BE_REPLACED

Things are Looking Up to the Max at IMS Productions

Today, they're shooting at the Barrett-Jackson Auto auction in Reno, NV. On other remotes they are filming Lakers games or global rally cross racing. IMS Productions has a busy schedule. Located across the street from the iconic Indianapolis Motor Speedway, the company does studio work, field production, post production and Indy car footage. Even though they are affiliated with the Speedway, they cover a variety of events.

END_OF_DOCUMENT_TOKEN_TO_BE_REPLACED

Stay CALM and Listen in Comfort

When Daystar Television needed to ensure compliance with the CALM Act, they considered a number of options. Following an extensive search, Daystar found a product that not only resolved any CALM Act compliance concerns, but also provided consistent audio levels across the board, resulting in a better experience for viewers.

END_OF_DOCUMENT_TOKEN_TO_BE_REPLACED 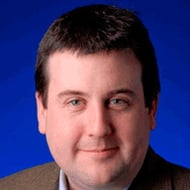 Telos and Linear Acoustic: Helping Broadcasters Keep Their Eye on the Shifting Center of the Broadcast Universe

The television broadcast industry has become infinitely more complex during the last five years, with producers churning out more content than at any other time in history. Meanwhile, the broadcast landscape has become vast and wholly unpredictable, with consumer preferences driving when, where and how content is consumed. These changes have come upon the broadcast industry swiftly and relentlessly. Less than a decade ago, content producers could safely predict that consumers were watching the vast majority of content on television sets in their homes. But now, with an abundance of smartphones, mobile devices and apps — all of which are routinely relaying broadcast content — the lines on the playing field have changed. And they are anything but predictable.

While the beginning and endpoints of this new playing field are still somewhat discernable despite constantly evolving technical standards, broadcast mediums, consumer device and viewing preferences, the middle points and content distribution methods are murky and less defined. Even though producers are now able to express themselves using more technically advanced tools than ever before — and consumers are able to consume content more conveniently 'anytime, anyplace, anywhere' — this has put strain and uncertainty on the part the broadcasters themselves, who are less visible than the producers or consumers in the broadcast chain. These broadcasters essentially need to create and adapt new content distribution channels and working methodologies where no precedent already exists.

There is a lot at stake for broadcasters, since their role is critical to both the content producers and consumers. The Telos Alliance, and its subsidiary Linear Acoustic, has played an active and innovative role not only in helping define this new broadcast distribution landscape, but also in helping its international customer base understand and overcome the challenges it presents. Over the course of this interview, Tim Carroll, Chief Technology Officer of Telos Alliance, explains how the broader television broadcast environment has changed and how Telos and Linear Acoustic are helping customers navigate and overcome the daunting challenges that now exist.